You Got Laid Off. What's Next?

We have partnered with Business Insider to shed some light on what the future holds for recently laid off workers.

November saw a massive increase in layoffs, particularly from high-profile companies such as Amazon and Meta. For those who lost their jobs, the uncertainty about their career and pay can be a major stressor. In a previous newsletter, we identified the types of workers who are most prone to layoffs. This week, we have partnered with Business Insider to shed some light on what the future holds for these laid off workers.

Perhaps the most important question when it comes to layoffs is how long it will take to find another suitable job. Recently, strong labor markets have led to unusually short spells of unemployment. Since March 2022, over 70% of laid off workers have been able to find a job within the first three months of unemployment. This is welcome news for those who lost their job and their income. 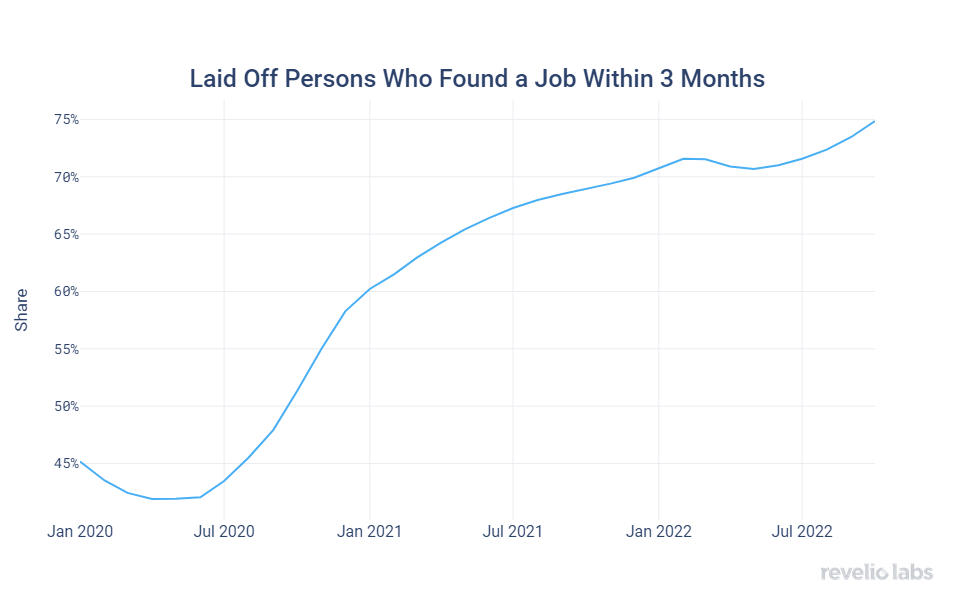 But could these new jobs be of lesser quality? Our salary data says no. Most laid off workers actually saw pay rises in their new positions. That said, compared to all other outflows, their salary growth potential is slightly lower. This might be explained by selection bias; some of the other outflows result from workers who voluntarily quit their jobs because they found better paying jobs in the first place. However, the difference is not large, suggesting laid off workers have no significant career costs.

Looking at the job finding rates across all roles, we find that the overall pattern may mask significant heterogeneity. Sales Associates, Software Engineers, and Marketers had a relatively easier time in finding their next job. However, less than 65% of Producers, Communications Specialists, and Human Resources Specialists had found a new job within three months. 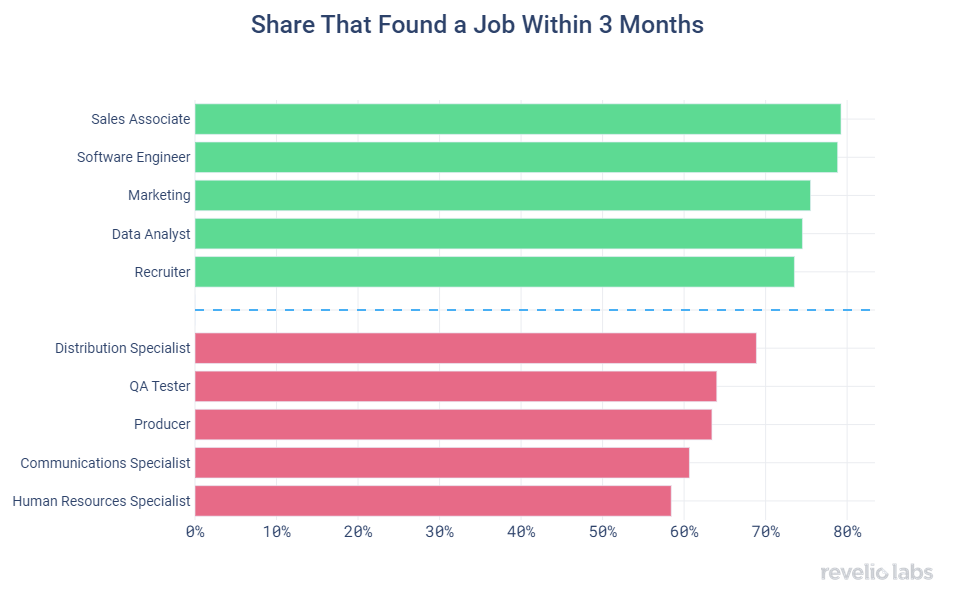