Who Gets Laid Off?

As layoffs are becoming widespread again, what kinds of employees are getting laid off?

The onset of the pandemic led to a huge wave of layoffs. This surge has prompted many businesses and employees to create online spreadsheets with resumes of laid-off colleagues in anticipation of quickly finding them other jobs. As layoffs are becoming widespread again, we have partnered with Business Insider to leverage individual data obtained from such web sources to uncover who gets laid off.

Companies exhibit a considerable prejudice against new employees when they choose who to lay off, resulting in a “Last-In, First-Out” structure. The average length of service for laid-off workers is only one year—much lower than that of their colleagues. 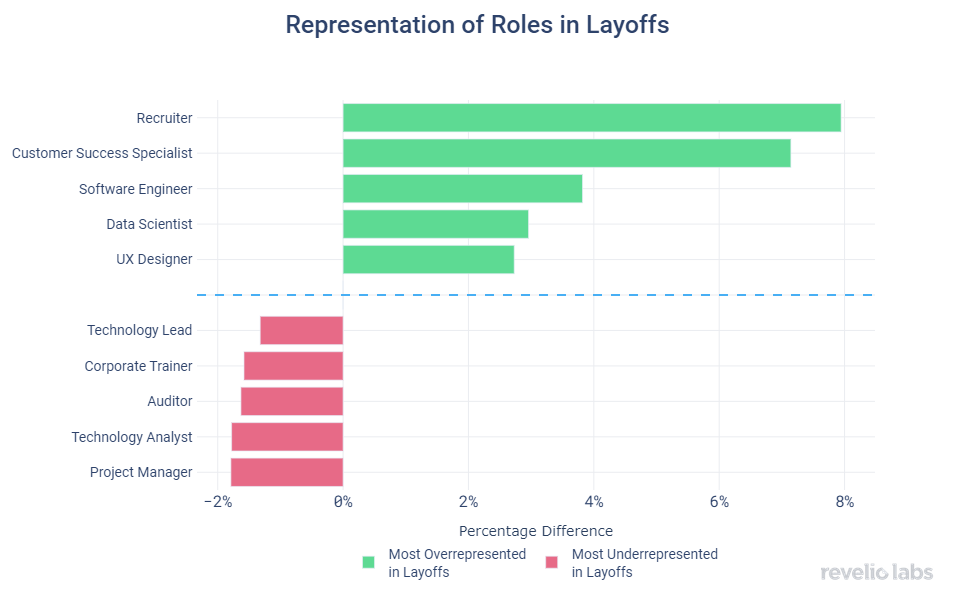 Recruiters are substantially more affected by layoffs than other professions. This makes sense: A declining company is not looking for new talent. 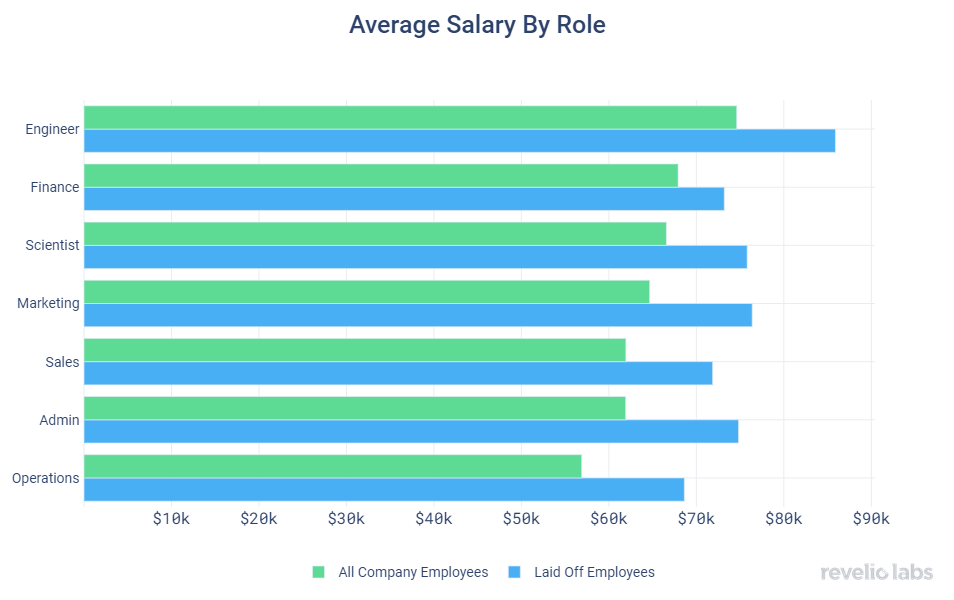 Workers who have been laid off commanded higher wages than their peers across all job categories. While this makes sense as firms aim to save costs, along with lower employment longevity, this also indicates that the company is shedding new and more expensive personnel.

Finally, we examine the generational composition of companies undergoing layoffs. Millennials are more likely to experience layoffs than other age groups. While they make up 79% of the workforce, they account for nearly 94% of layoffs.