Who Will Install All of the EU’s Solar Panels?

Is the labor supply for the new joint European action plan, REPowerEU, as sustainable as its mission?

To reduce Europe’s dependency on Russian oil and gas, the European Commission recently introduced a new joint action plan for more secure and renewable energy. The announcement included policies mandating the installation of solar panels on new buildings and plans to double the deployment rate of heat pumps.

But does the European labor market have enough talent to install all these solar panels and heat pumps? Job postings at renewable energy companies more than tripled shortly after the announcement. During the spike, more than 20,000 green jobs were added, before demand normalized again. 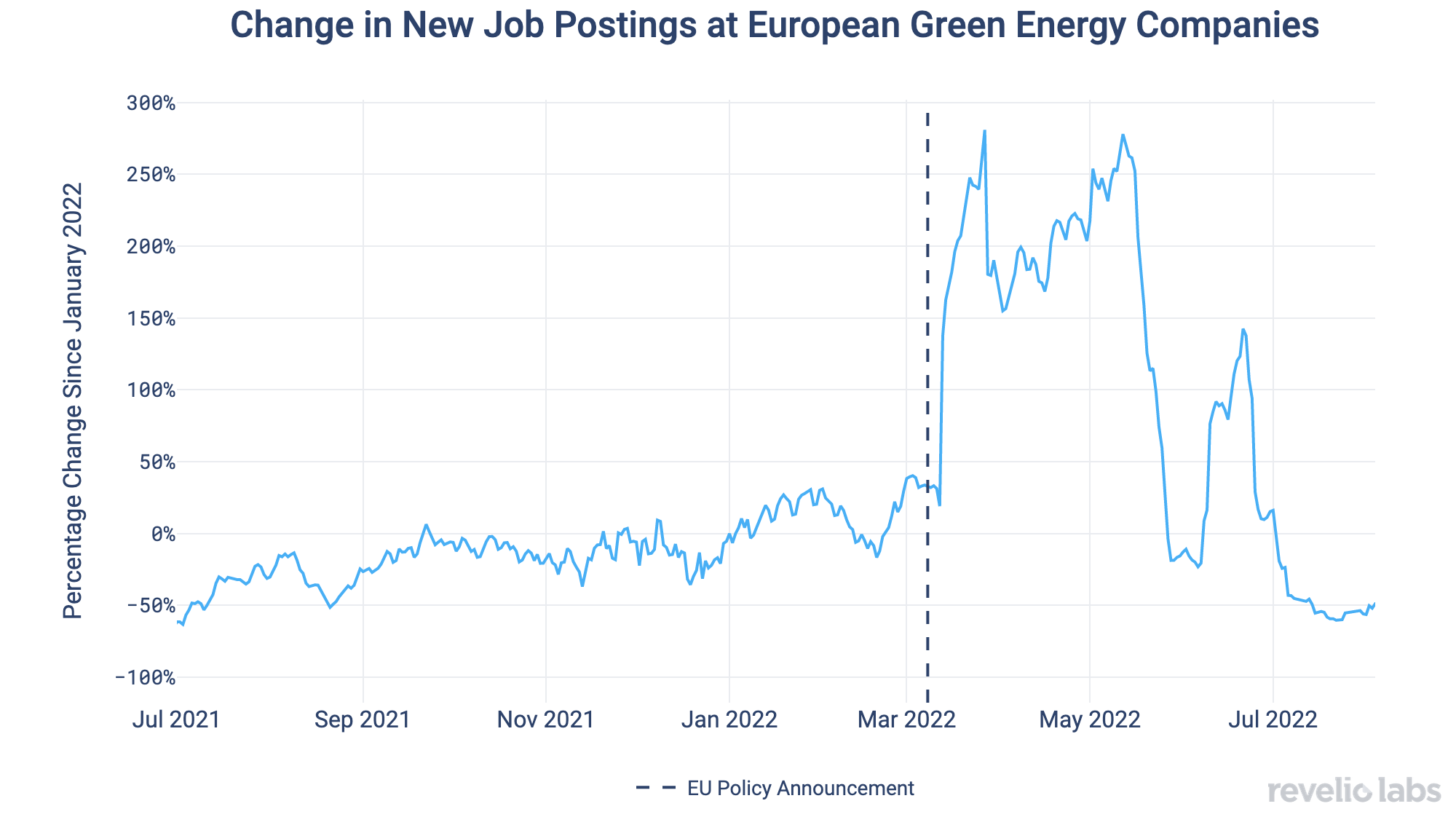 During the spike, the most in-demand roles at these companies were related to both the production, as well as installation and maintenance of green energy solutions. This is unsurprising, given that the execution of the green action plan requires both a ramping up in the manufacturing of solar panels and heat pumps, as well as their installation on new buildings across Europe. 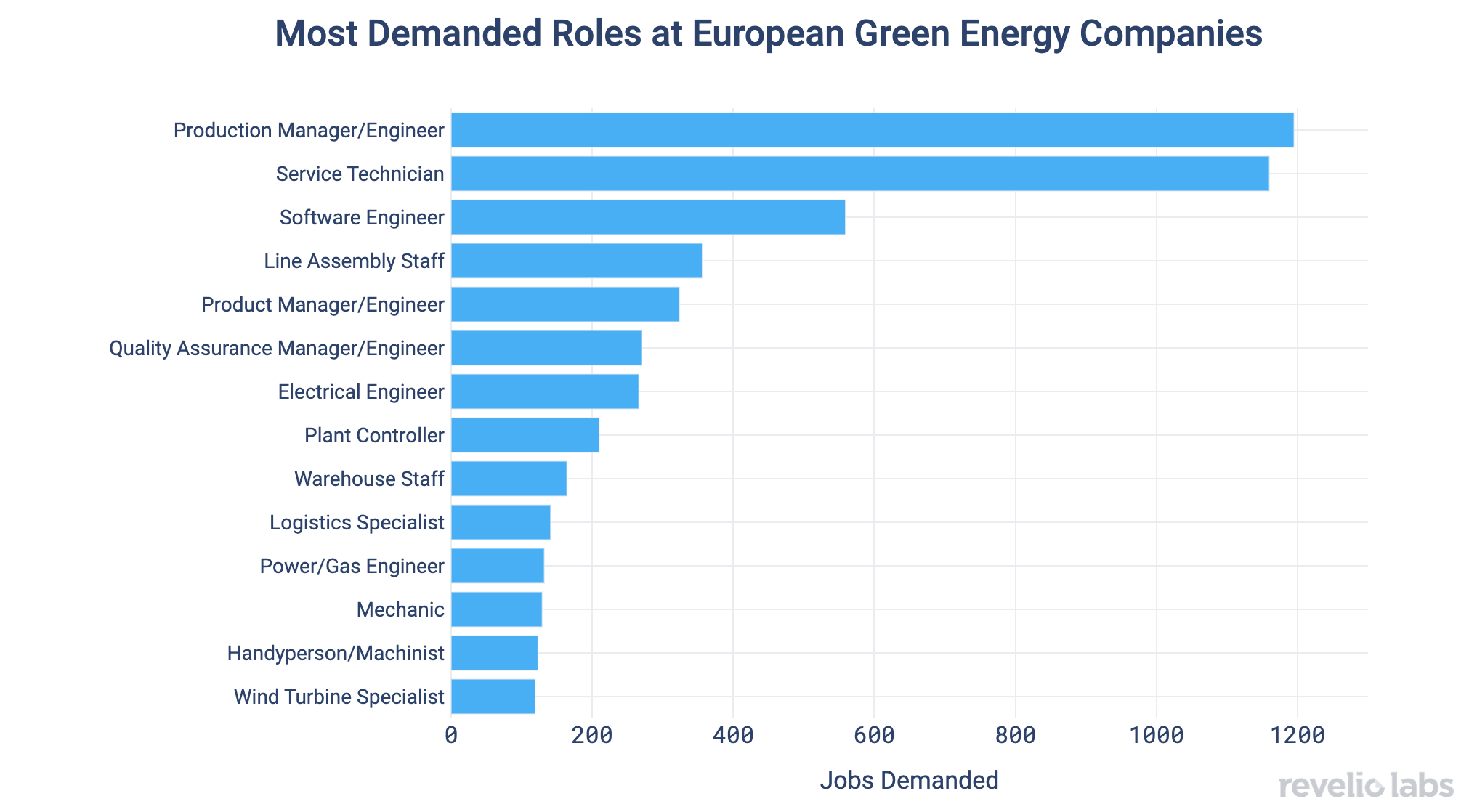 Following the policy announcement, concerns were raised about sufficient availability of skilled workers to meet this new demand. While the existing talent pool of workers may not suffice, the industry could draw on workers from other fields with similar skills. Below, we identify the workers whose similar skills could fill the European green energy sector's demands. 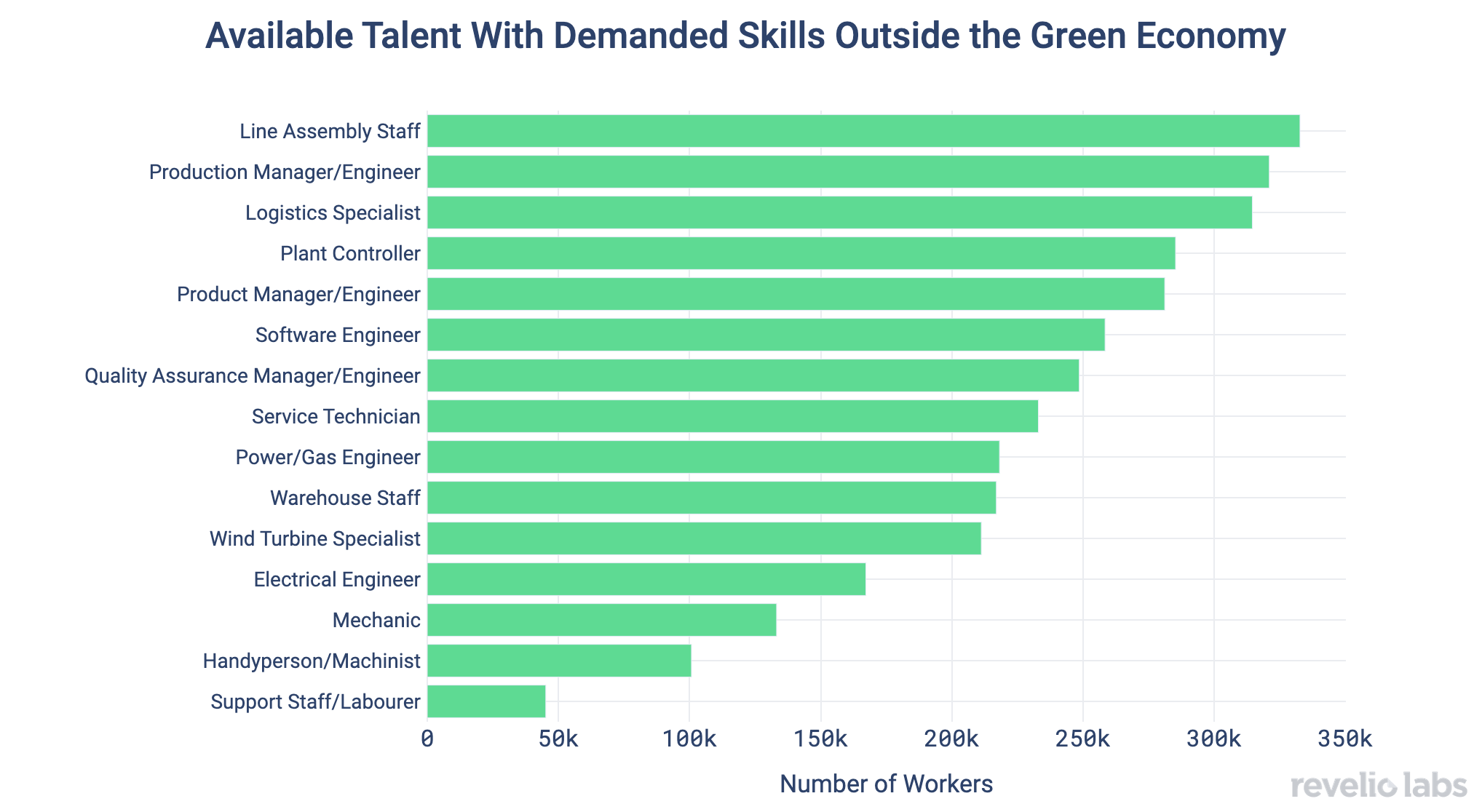 Outside the green energy sector, over 300,000 Line Assembly workers and Production Engineers in Europe already possess the required skills to fill these green jobs.

However, not all potential green energy workers are located where the jobs are. In theory, the free mobility of labor in Europe resolves this problem. In practice, the companies in the countries with the greatest deficit of workers will need to have the right incentives to attract workers from other countries. Ireland and France seem to have the largest deficit of potential green talent, while Spain and the Netherlands may be able to supply that talent. 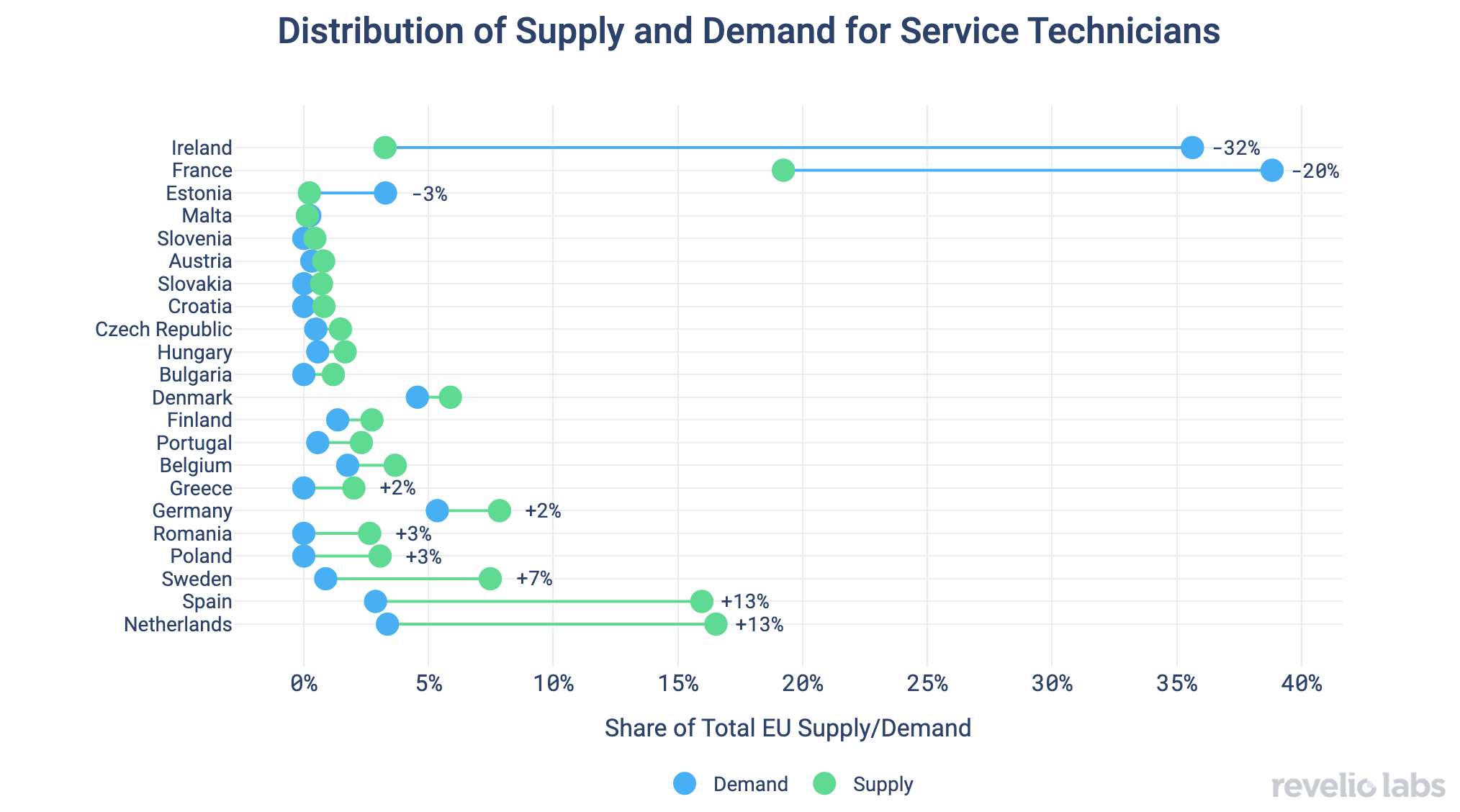