Pay (Semi)Transparency: What Can California Expect?

On January 1st, California and Washington were the latest states to introduce pay transparency laws, which require all job postings to include a pay range. In collaboration with The Economist, we look at how employers responded in New York City and Colorado when the laws were introduced, in order to understand what California and Washington can expect. To what extent do job postings now include pay ranges that are actually informative?

First up, we want to know the extent of overall compliance with the laws. Since pay transparency laws were introduced in NYC and Colorado (in November 2022 and January 2021, respectively), around 60% of all job postings have included pay ranges. In California and Washington, we can see a surge in compliance leading up to January 1st. A week after introduction, compliance in California is at 52% and 45% in Washington. 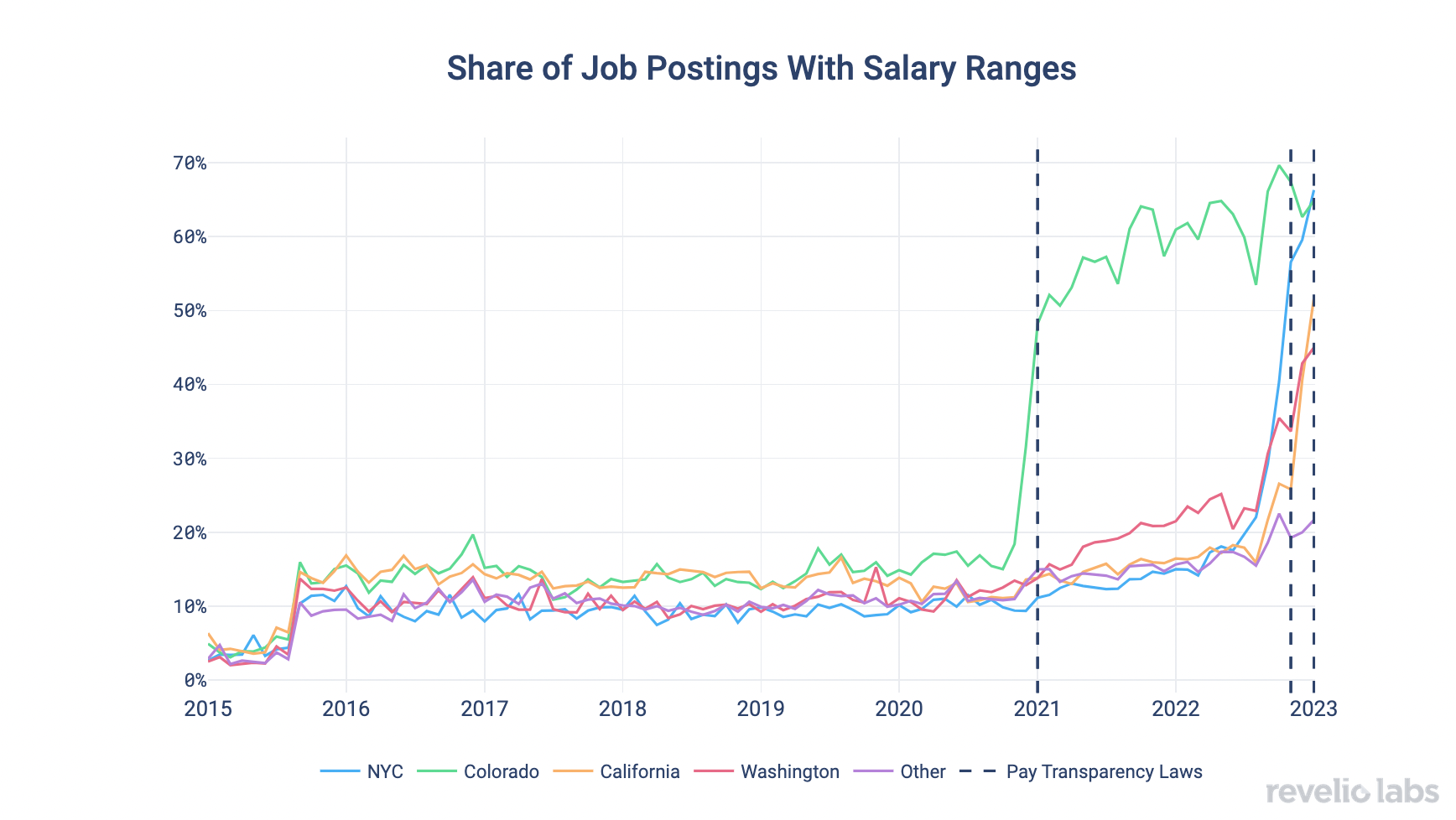 While important, compliance doesn’t tell us anything about the usefulness of the advertised salary ranges. Anecdotes tell of million-dollar-wide ranges, but what does the data actually say? We certainly see some wild ranges among New York job postings since November: Société Générale in New York is paying between $135,000 and $400,000 per year for a Senior Salesperson, while Netflix is offering security operations managers, also in New York, between $165,000 and $470,000.

However, it is possible that those are ranges are reasonable for Finance and Tech, if employees actually make salaries at both the high and low end of the range. To assess the reasonableness of pay range spreads in New York City, we compare them to the difference in pay between workers at the 75th percentile and 25th percentile of earnings in these industries, according to BLS data. The following plot illustrates the proportion of job postings that fall within a reasonable range, defined as a salary range spread (the difference between the maximum and minimum, divided by the minimum) that is lower than the spread between industry earnings at the 75th and 25th percentile. 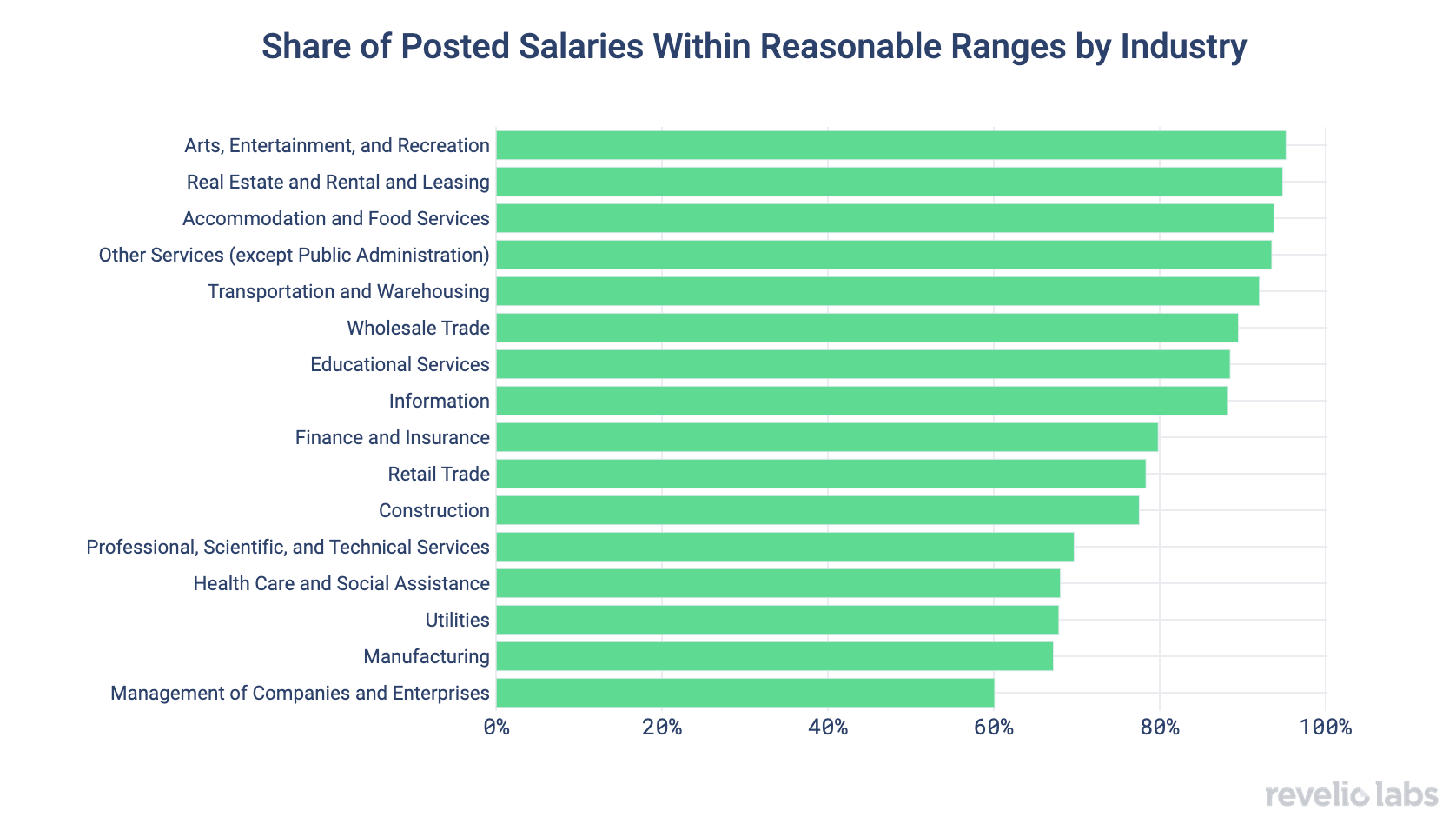 While over 90% of posted salary ranges in the Real Estate industry fall within a reasonable pay range, other industries such as Utilities, Manufacturing and Management have higher shares of uncommonly wide salary ranges for the industry. The Tech (Information) and Finance fall right in the middle, with 80% of salary ranges falling within reasonable ranges.

Overall, we see that 80% of job postings with salary ranges fall below the 25-75 industry ranges - a fairly high share! However, considering that compliance in New York has averaged at 58% since November, one may also say that a mere 46% of all jobs posted by New York City employers in November and December included reasonable and useful salary ranges.

In the wake of a tight labor market, have educational requirements for jobs really loosened?