How Much Negotiating Power Do You Have With Your Salary?

There is the common practice of negotiating a higher salary. But how much room do people really have when negotiating their salary?

When considering a job offer, applicants negotiate perks, work hours, start date, health or retirement benefits. Perhaps most importantly, there is the common practice of negotiating a higher salary. But how much room do people really have when negotiating their salary? Can they get 5% above the offer? Or even 50% more?

To explore this question, we examine the differences between offered salaries (proxied by the salaries announced on job postings) and the actual salaries that employees receive (salaries that employees report on job review websites during or after employment). The figure below shows offered versus actual salaries for different occupations, where the size of each circle corresponds to the number of job postings for that role. 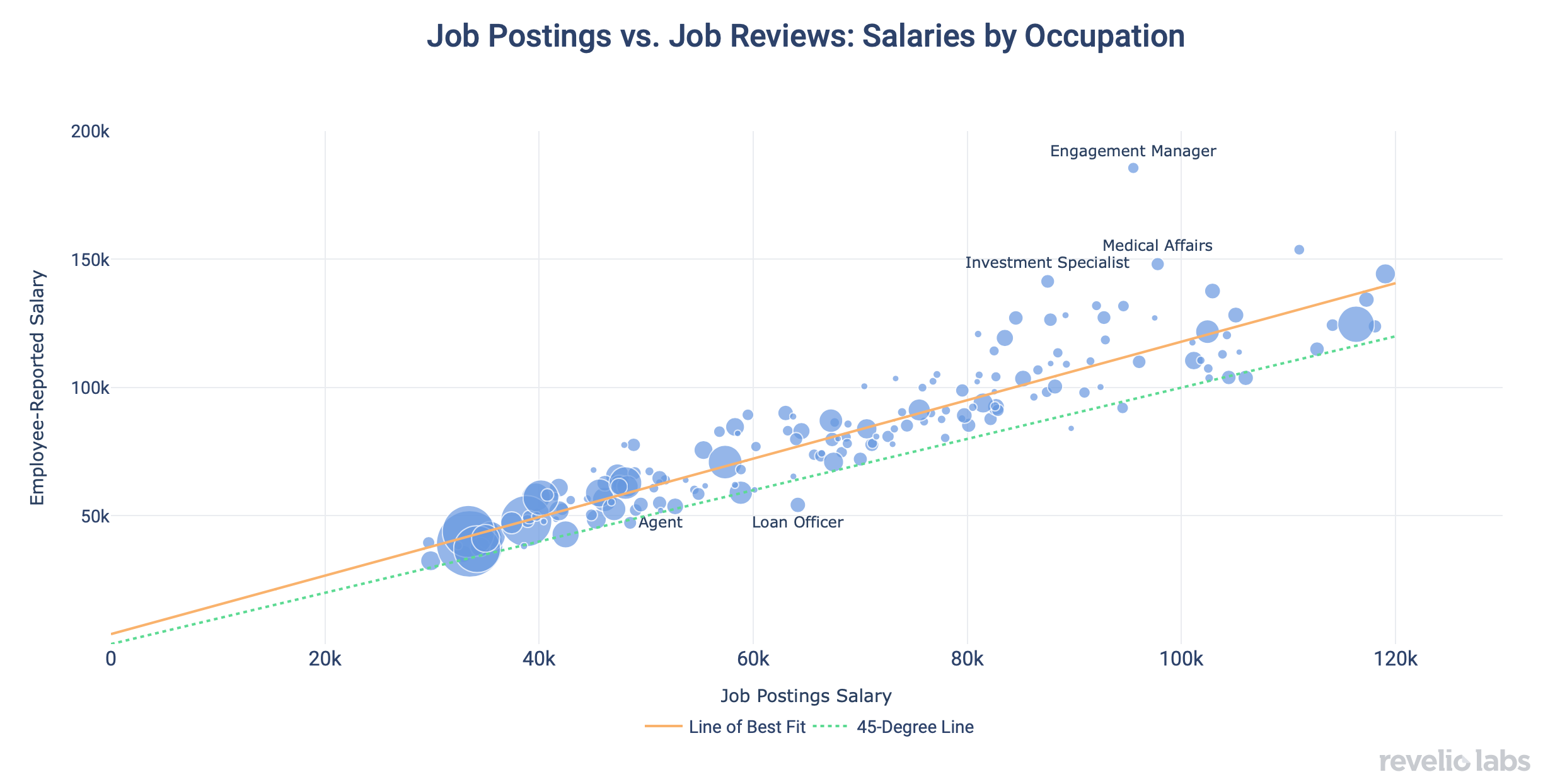 Most notably, employees in most occupations report getting salaries that are higher than those in job postings, regardless of the demand for the occupation. However, the negotiation power of employees is higher for high-paying occupations, particularly those in IT. This power can come into play at various points during a person’s employment term, from initial salary negotiations to occasional pay raise discussions.

By zooming in on the roles that have the highest difference between advertised and reported salaries, we see that many management roles are able to negotiate higher-than-announced salaries, while sales roles get salaries closest to those advertised in postings.

How do gaps between salaries in job postings and actual salaries affect companies? We find that companies with large salary gaps tend to take longer to fill openings. One component of this extended time-to-fill might be longer negotiation time for companies that are open to offering salaries above the advertised rates.

Companies that spend the extra time to negotiate salaries with their employees may stand to benefit. Those that pay higher-than-advertised salaries tend to have happier employees.

Summer travel is booming this year, but it’s also been extremely chaotic. What happened to airlines in recent years that could have caused this chaos?

Tech
Is Meta Pulling Back on Their VR Strategy?

In collaboration with Bloomberg, we took a look at the recent hiring trend in the world of metaverse to see which companies have been riding the recent hype.

Social
Employee Morale Tanked During the Pandemic, but These Cities Are Bouncing Back

Employee morale has taken a significant hit since the onset of the pandemic. But instead of looking at companies, this week we look at what cities have the most satisfied workforces...