Debunked: Remote Roles Are Not Easier to Fill Anymore

A popular opinion has even emerged that it has become much harder to fill in-person positions. However, when we investigate this claim, we see that while that was previously true, in-person jobs are now increasingly easier to fill.

Since work-from-home became more than a short-term pandemic solution, companies have started offering remote positions in an attempt to attract and retain talent, like we recently wrote about here.

A popular opinion has even emerged that it has become much harder to fill in-person positions. However, when we investigate this claim, we see that while that was previously true, in-person jobs are now increasingly easier to fill. 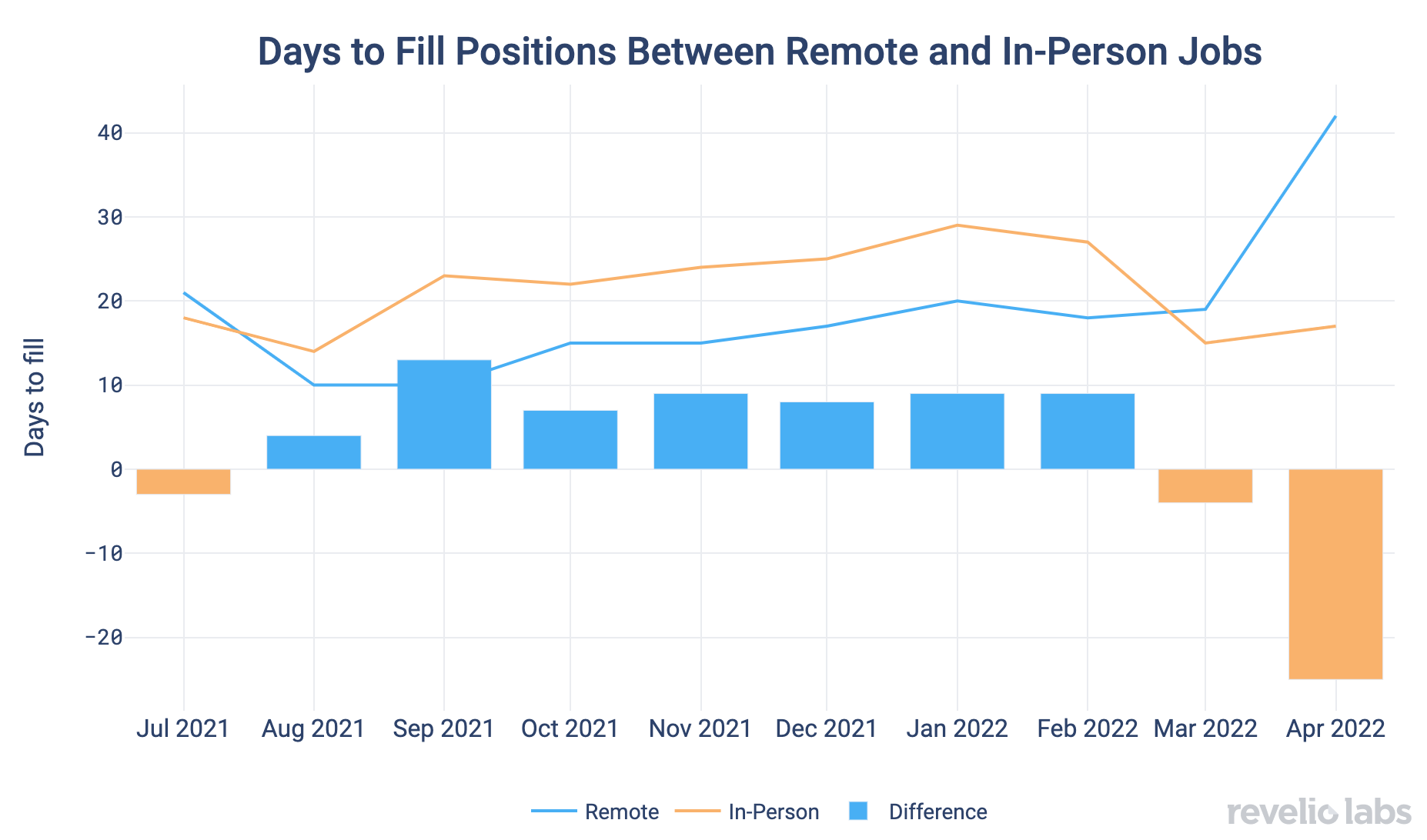 But is this trend just driven by the return to the office, and subsequent hiring of positions which could not have been performed remotely? By looking at tech-related jobs specifically (a generally remote-able workforce), we can see that the pattern persists. 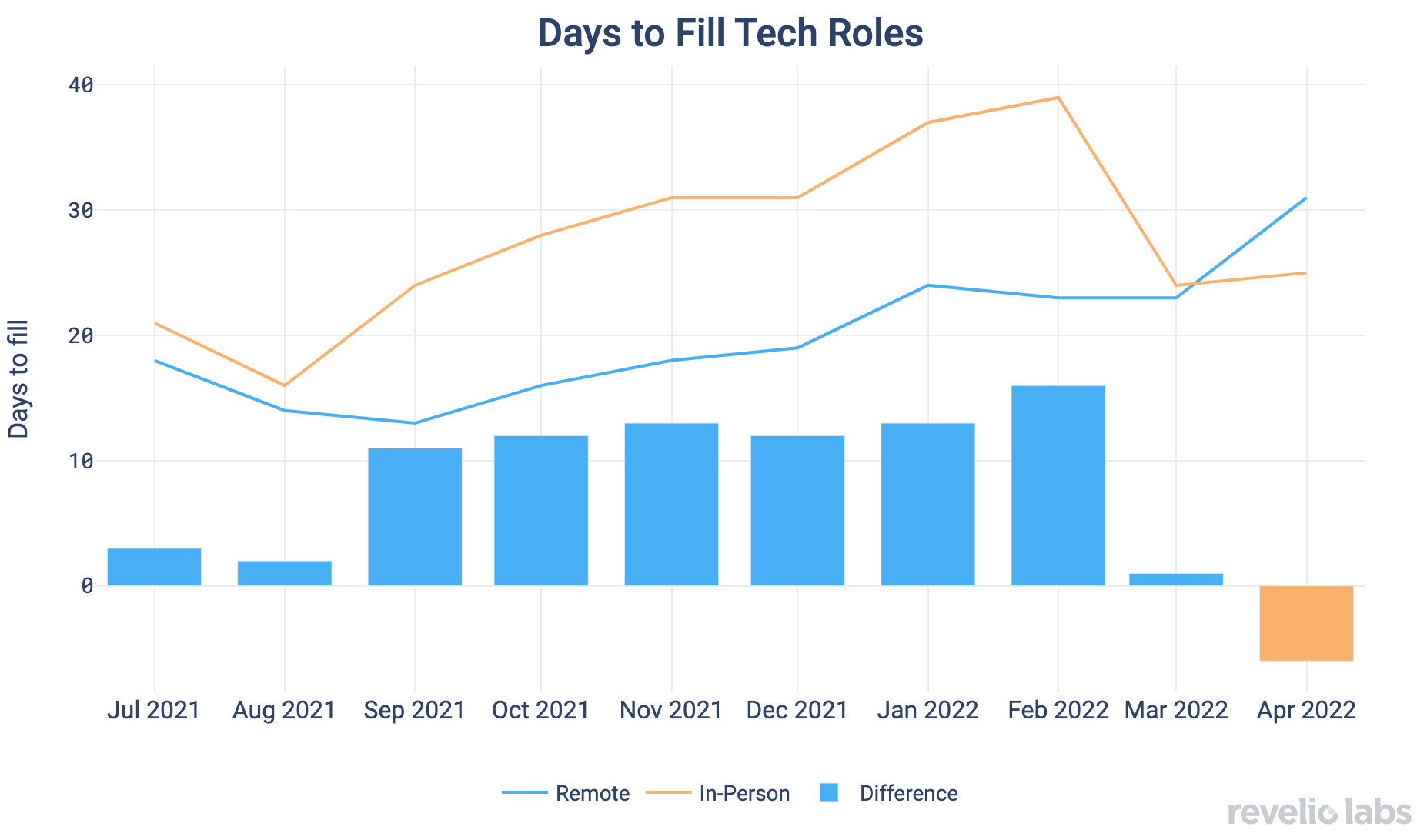 Remote tech roles saw consistently higher demand throughout the pandemic, but now in-person roles appear to be easier to fill, especially since the stock market decline.

So what is driving this reversal for remote and in-person jobs? One reason could be compensation related. While salaries for remote roles have increased since the fall of 2021, more recently we’re seeing an increase in in-person salaries. 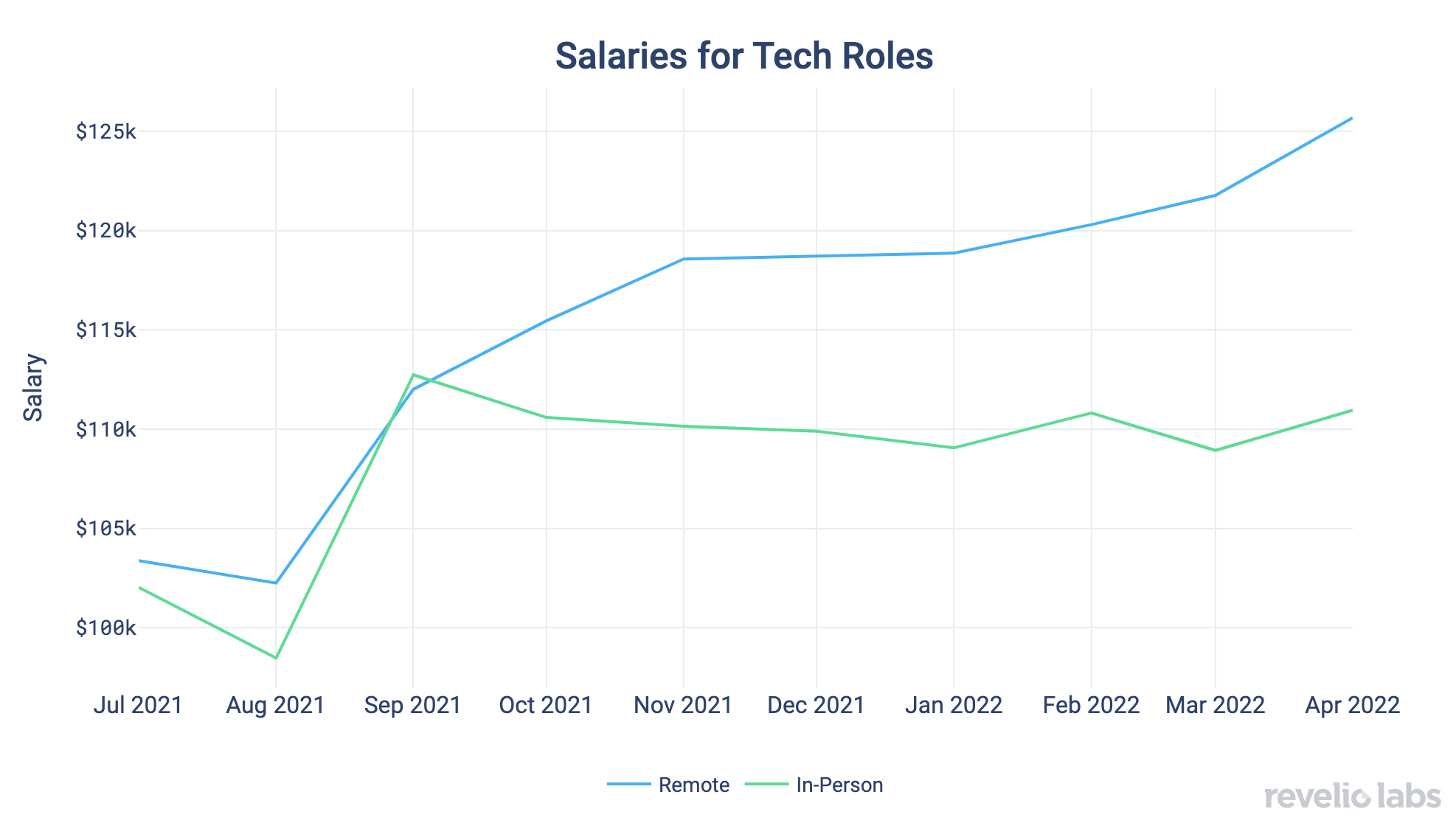 Another reason for this reversal could be related to a decrease in demand. Overall, demand for tech roles has decreased dramatically since March 2022, reflecting the economic slowdown and lay-offs at many companies. And this may be in part responsible for reducing the time it takes to fill in-person roles. But this answer is still not entirely satisfying for remote positions. When taking this decrease in demand and higher salaries into account, it’s unclear why this trend is not also true for remote jobs. One theory could be that these remote tech roles are more specialized and therefore harder to fill. 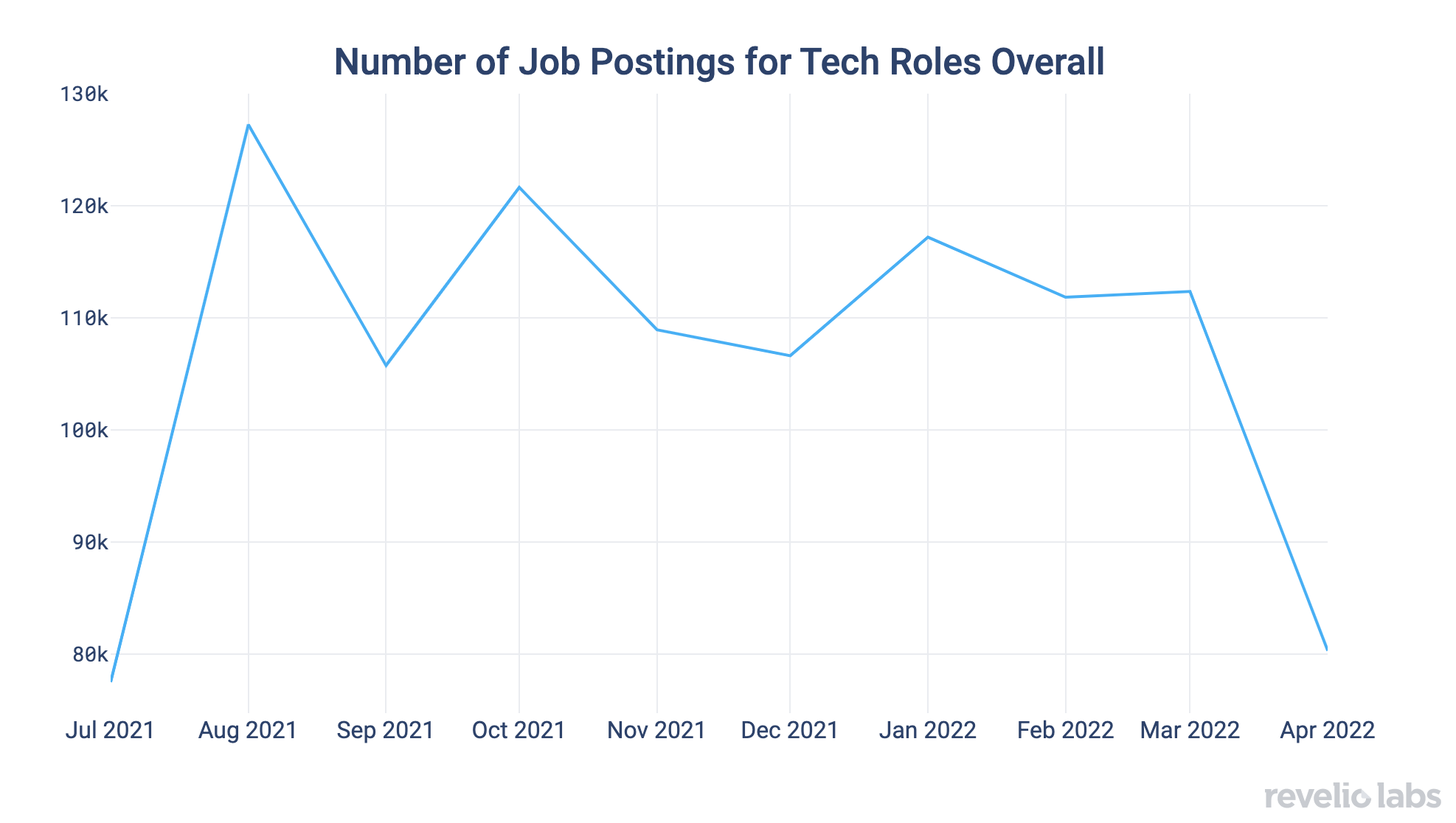