Who’s the Next PayPal Mafia?

Is there a new PayPal Mafia in the making, whose employees will shift the tech landscape? Which companies are churning out the most successful entrepreneurs of tomorrow?

Before the PayPal Mafia ran tech, the Traitorous Eight were the “it” entrepreneurs that founded unicorns after having left Shockley Semiconductor. And before them, it was the folks from Bell Labs. But how about today? Is there a new PayPal Mafia in the making, whose employees will shift the tech landscape? Which companies are churning out the most successful entrepreneurs of tomorrow?

Although consulting companies continue to boast the number of alumni who founded unicorns, we see that big tech companies still have an edge. Microsoft Research is leading the pack with the highest number of unicorn founders per capita. 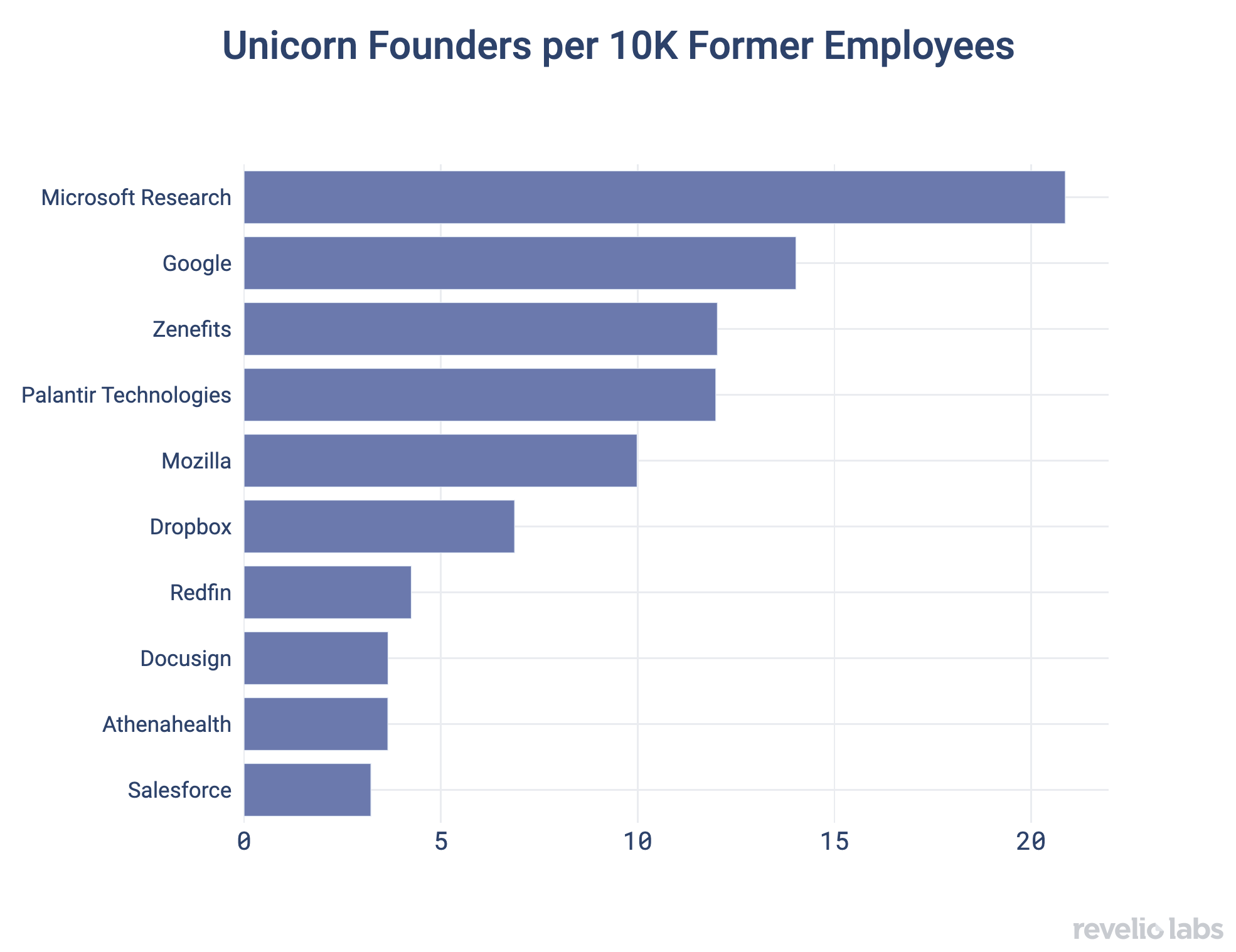 Next, we look at how entrepreneurship has changed. By tracking the ratio of new entrepreneurs to the total number of outflows over time, we see a steady decline throughout the last three decades. 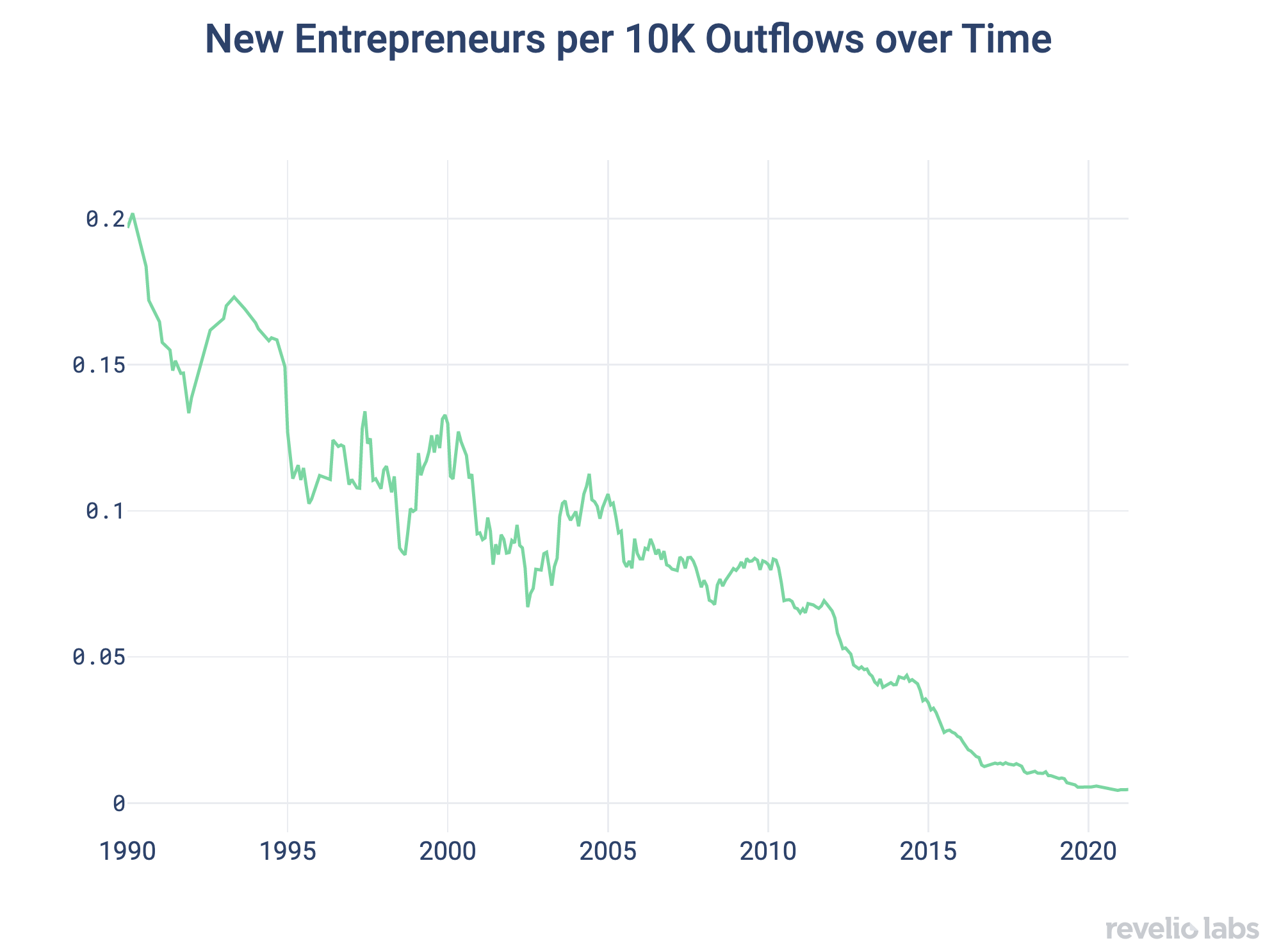 It might be surprising at first to learn that entrepreneurship has been declining in America -- but it is not anything new to those who’ve read The Great Stagnation by Tyler Cowen. As salaries for the college educated workforce increases dramatically, less people found their own companies.