The Next Silicon Valley, but with Better Food

Competition is fierce for becoming the Silicon Valley of Europe: Who is winning the race to become the center for churning out unicorns?

As Venture Capitalists’ billions are taking over the City of London, France has followed suit, ramping up its open-border immigration policy for workers at tech start-ups. Competition is fierce for becoming the Silicon Valley of Europe: From large cities like Berlin and Paris to smaller ones like Vilnius and Tel Aviv, who is winning the race to become the center for churning out unicorns?

When we consider the number of unicorns founded per capita, we see that the major cities like London are surpassed by many smaller cities, with Jerusalem leading the way. 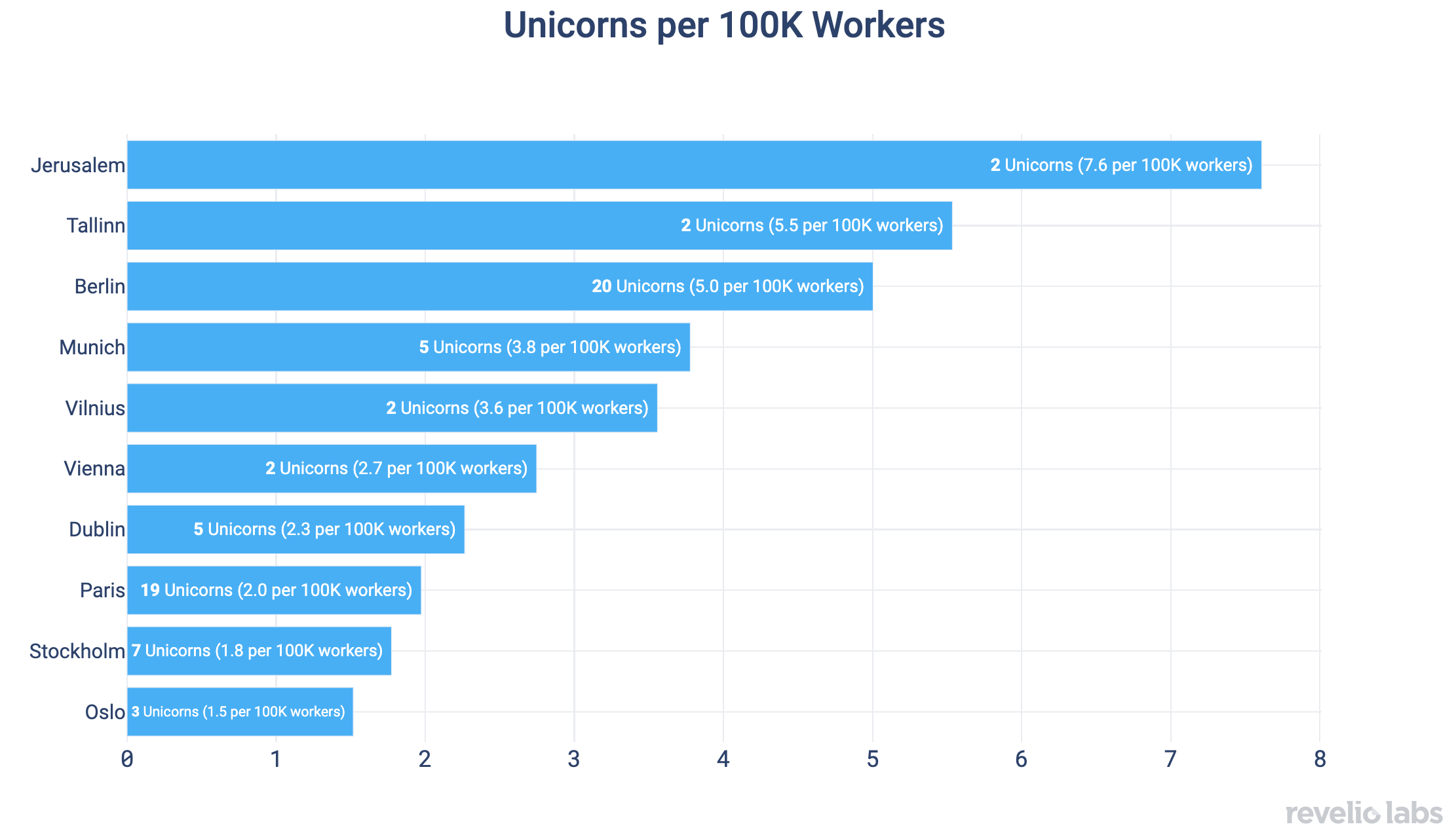 What makes these Tech Hub cities so special? One potential reason is that they have consistently higher levels of their workforce working in the Software Industry compared to other industries, although the gap has been shrinking in recent years.

Further, when we compare the top skills in Tech hubs vs. other cities, we see that higher shares of their populations have technical and marketing skills. 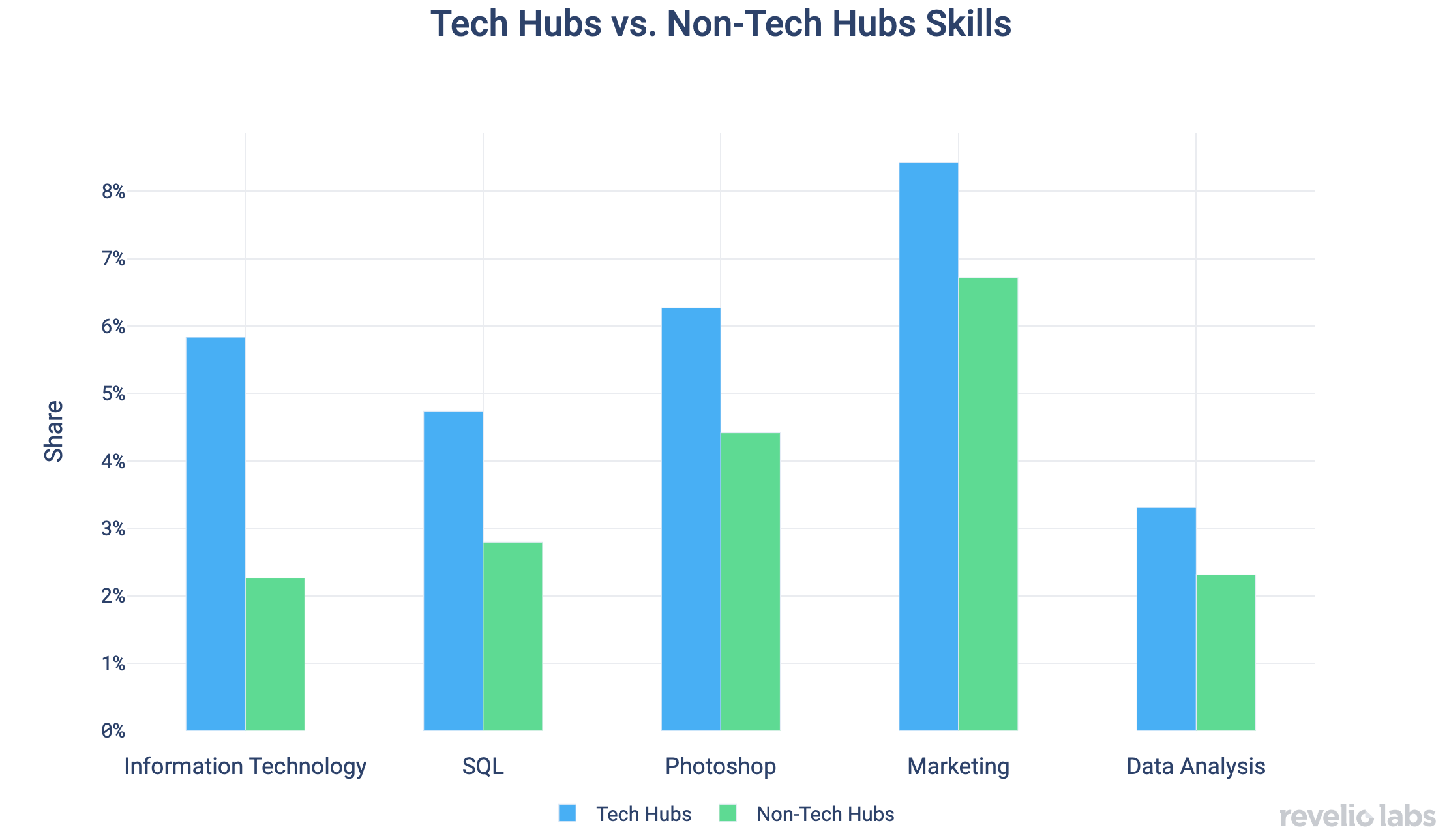