Had a plant-based sausage or some non-dairy cheese lately? Meat replacements and dairy alternatives have become increasingly popular over the past decade.

Had a plant-based sausage or some non-dairy cheese lately? Meat replacements and dairy alternatives have become increasingly popular over the past decade. Not only are these foods more environmentally friendly, but they are also a part of an extremely lucrative market: the plant-based food market is expected to grow at a CAGR of 11.9% from 2020 to 2027 to reach $74.2 billion by 2027.

This week, we are looking at the workforce trends of large plant-based food producers. Since 2016, vegan food companies have doubled their workforce size. 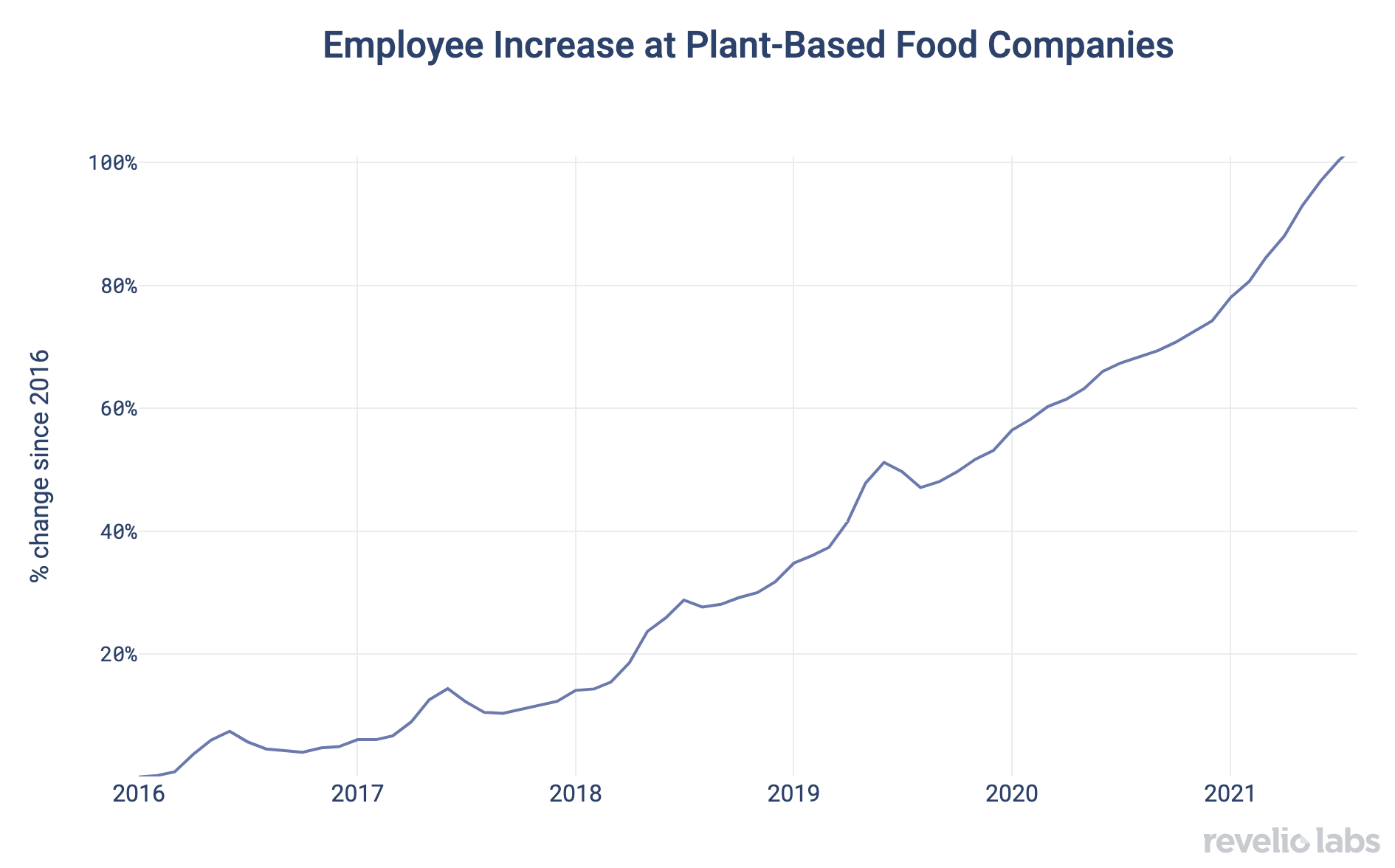 Which companies have grown the most in the past two years? Swedish oat milk producer Oatly, which has grown by an impressive 187% since 2019, followed by meat replacement companies Impossible Foods and Beyond Meat. 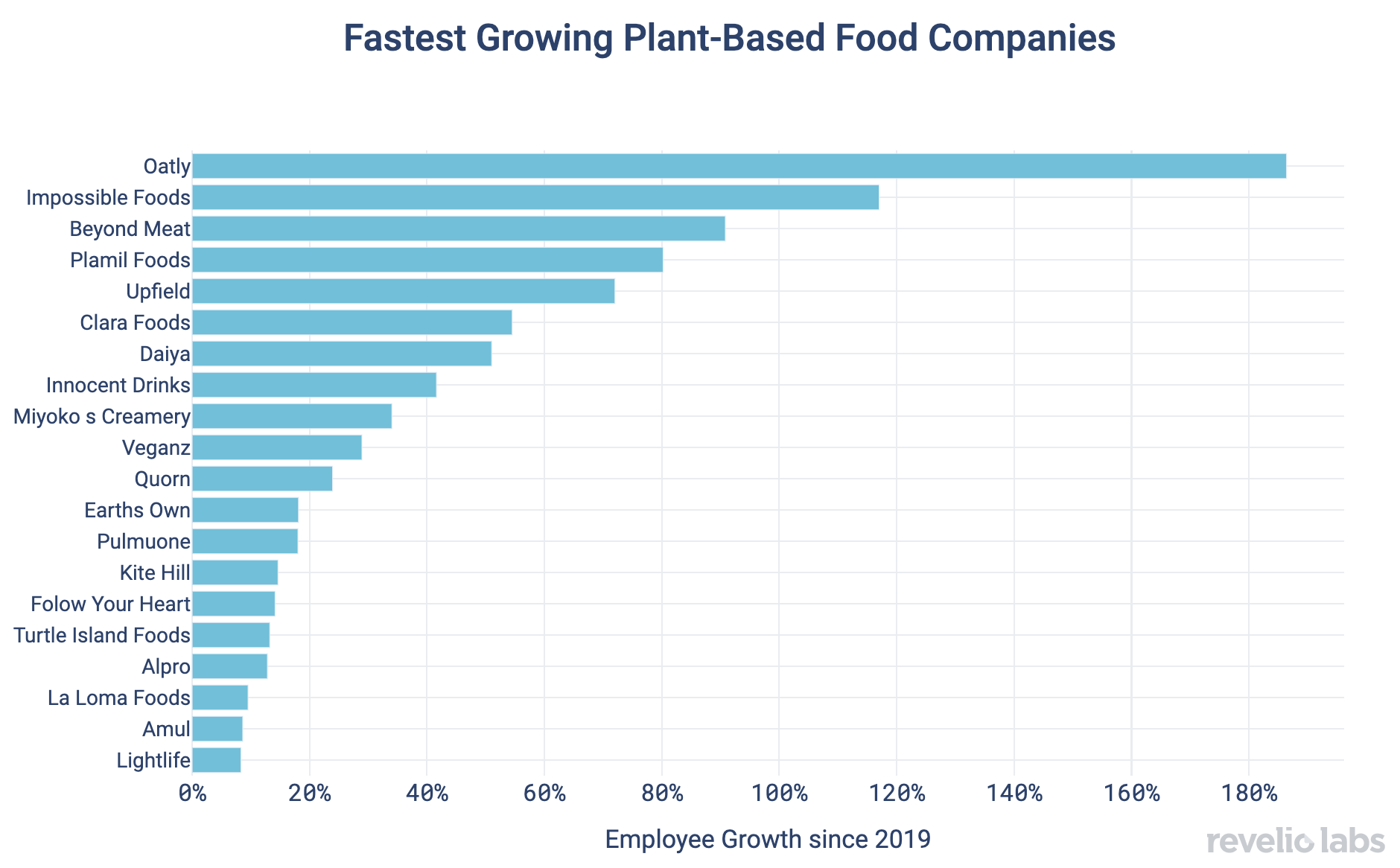 What is the makeup of these companies? By looking at the composition of job categories at vegan firms, we see that engineers make up the largest group of employees, underscoring the heavy focus on food engineering, research and development at these companies. 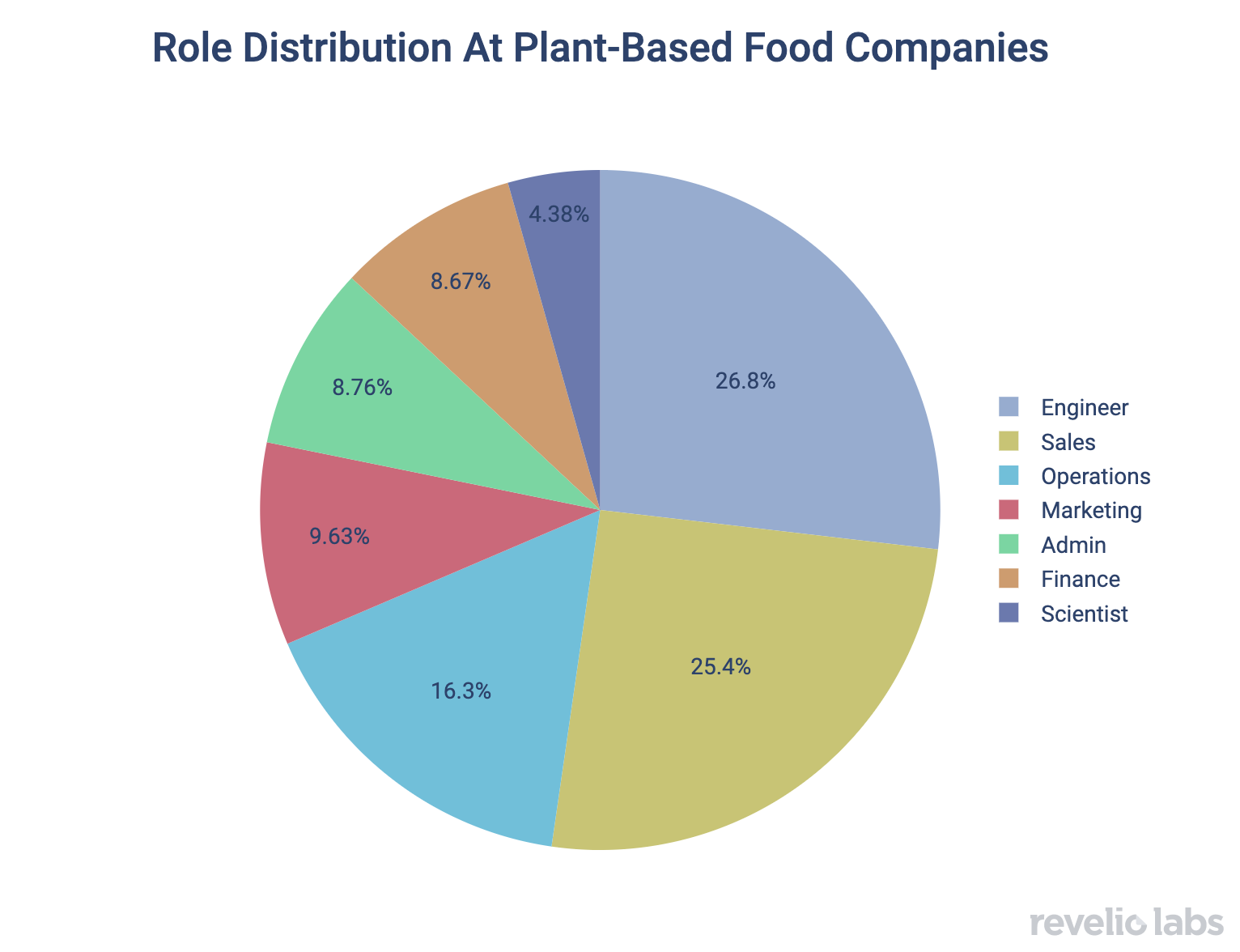 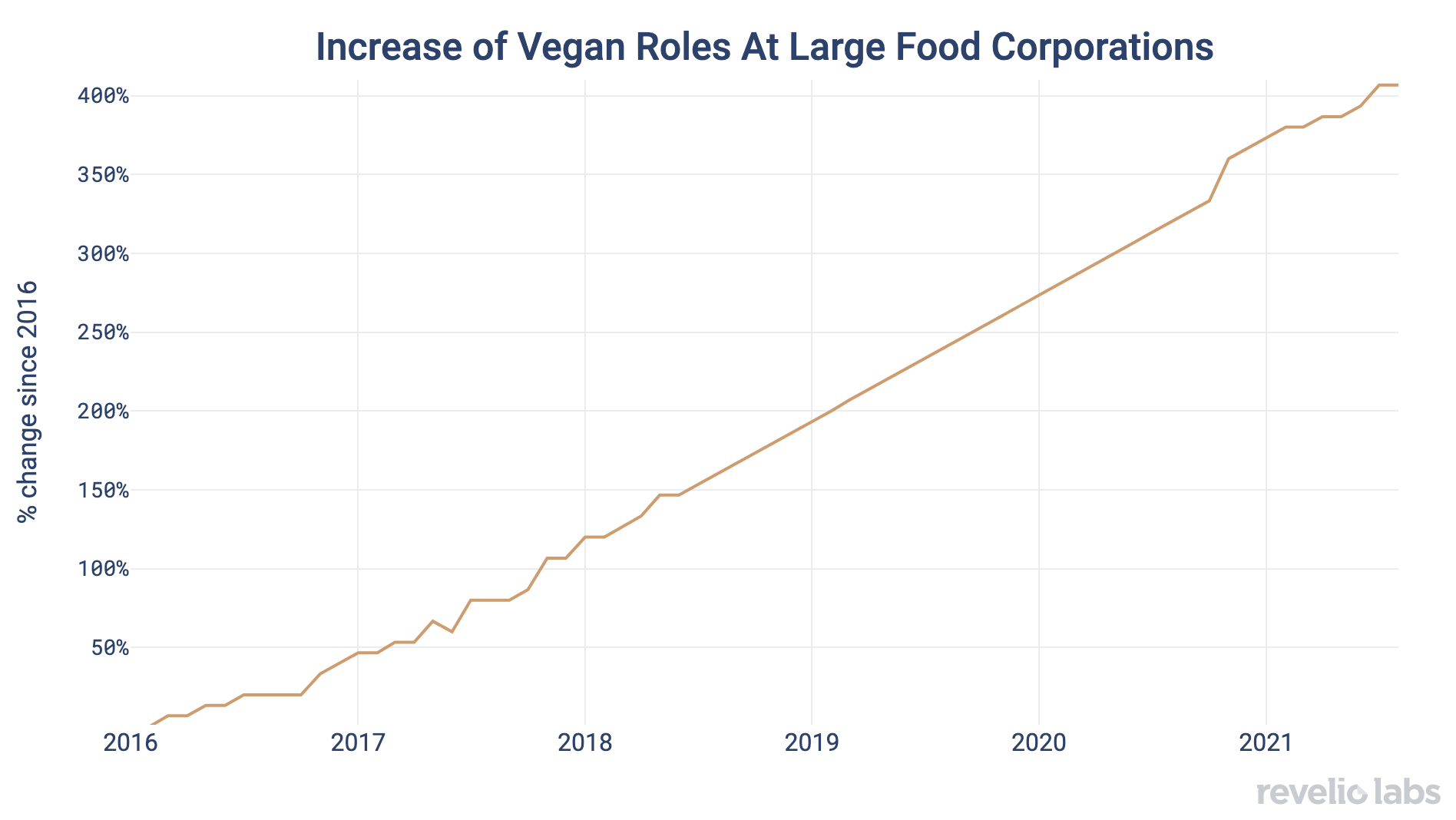