So You Think Female Led Companies are More Diverse?

Does female representation matter? Are companies with female CEOs likely to be more diverse?

This week we turn to female leadership and its effects on a company's workforce. We focus on Inc 5000 companies, tracking the share of CEOs who are women for these fastest growing private businesses we see that the vast majority are run by men. Notably, the Software industry is the most skewed toward male CEOs. It probably doesn’t come as a surprise since female enrollment in CS degrees just reached around 20 percent recently. 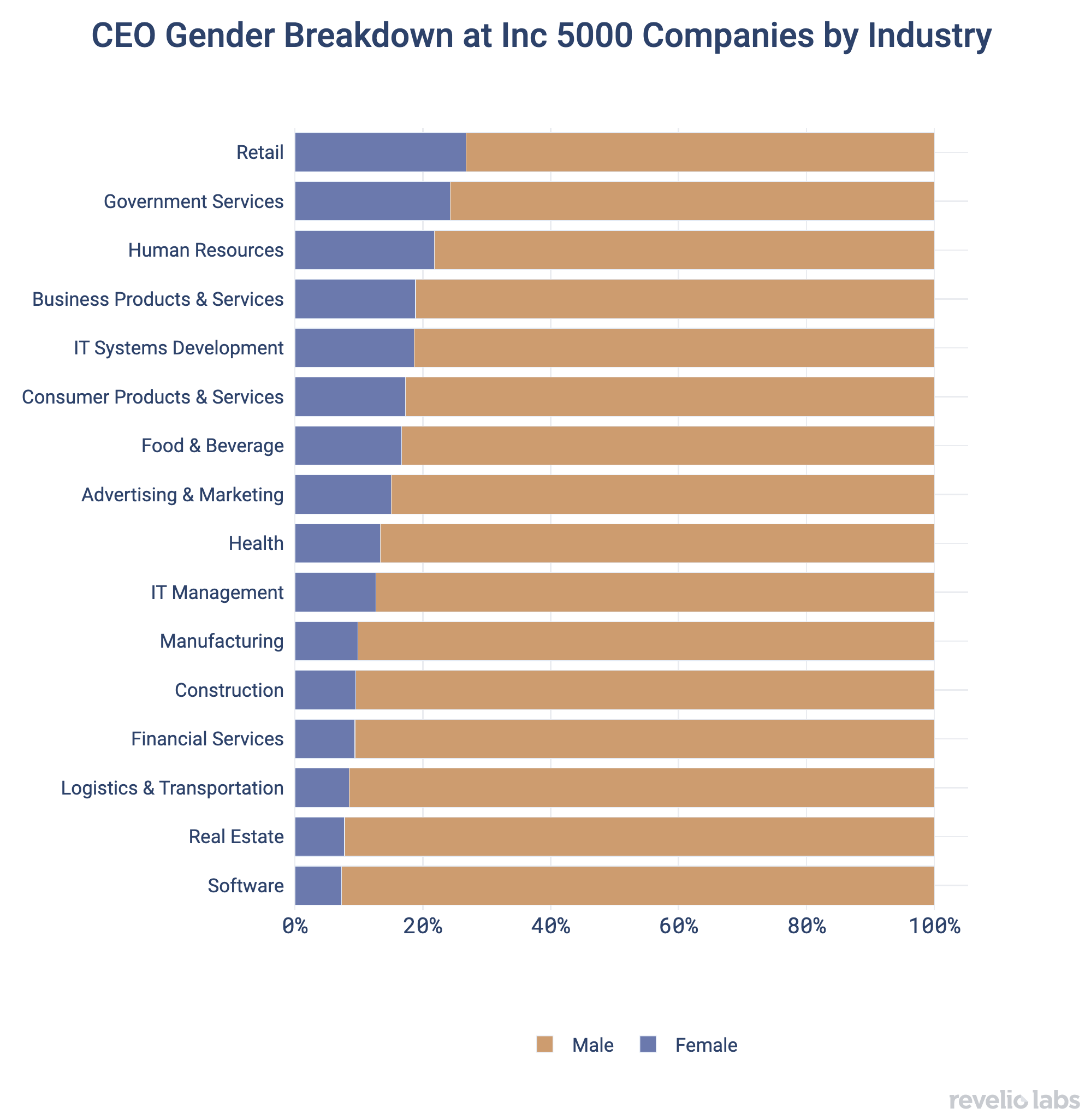 But does female representation matter? Are companies with female CEOs likely to be more diverse? It turns out that there are, indeed, more women in companies led by women. 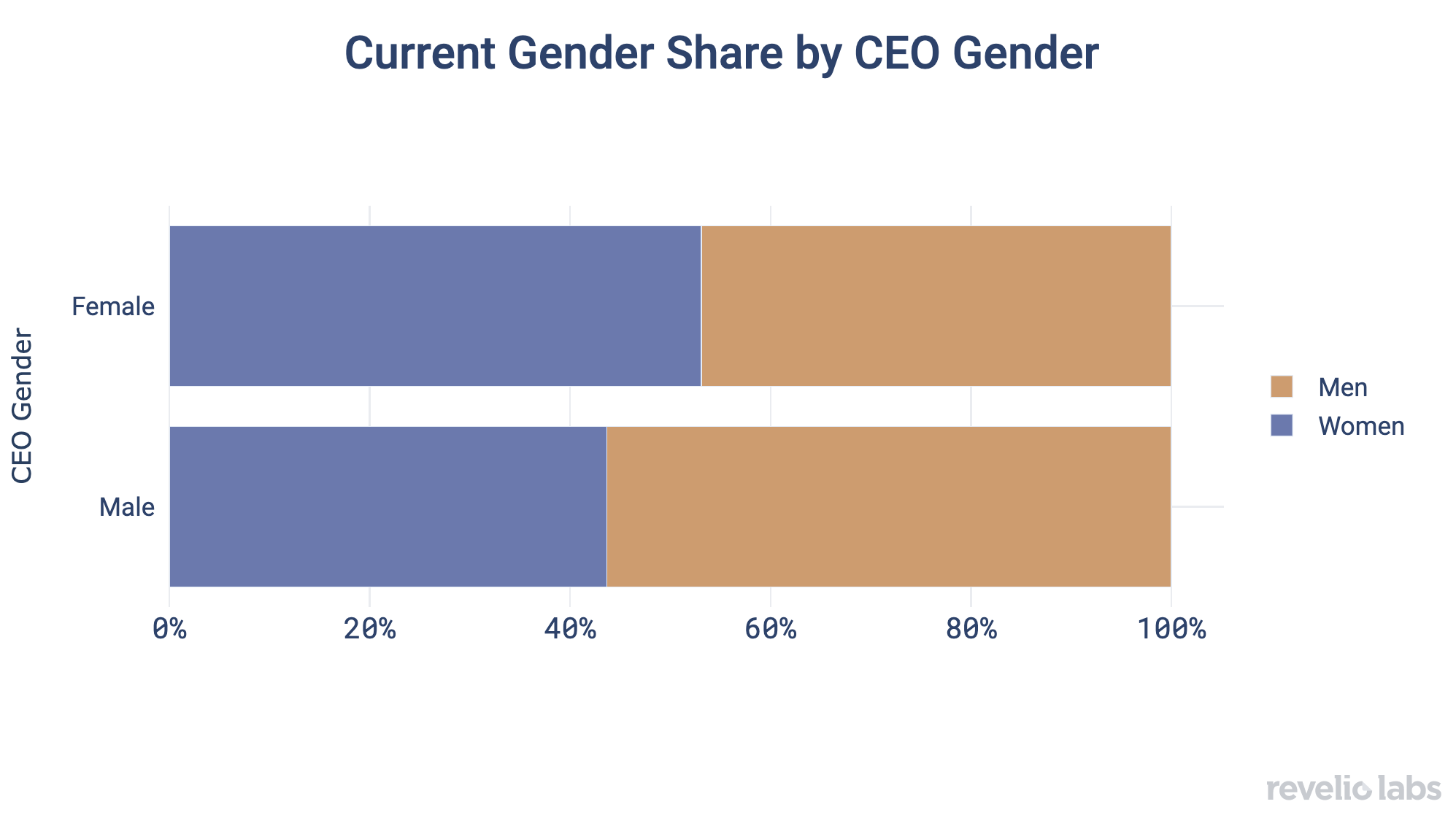 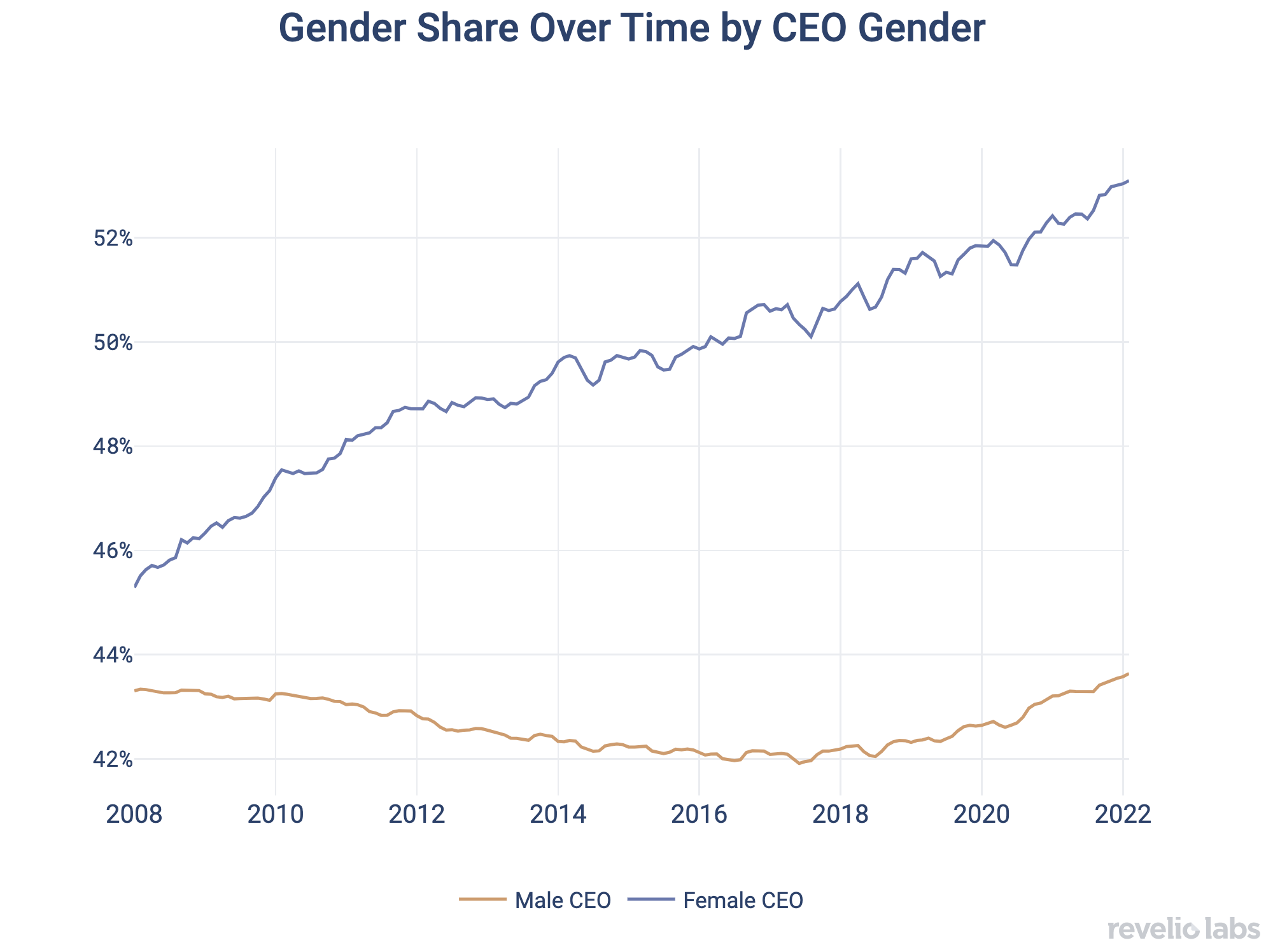 However, the diversity benefits of female leadership don’t seem to spill over to ethnicity. Among companies led by men and women, we see a nearly identical ethnicity distribution. 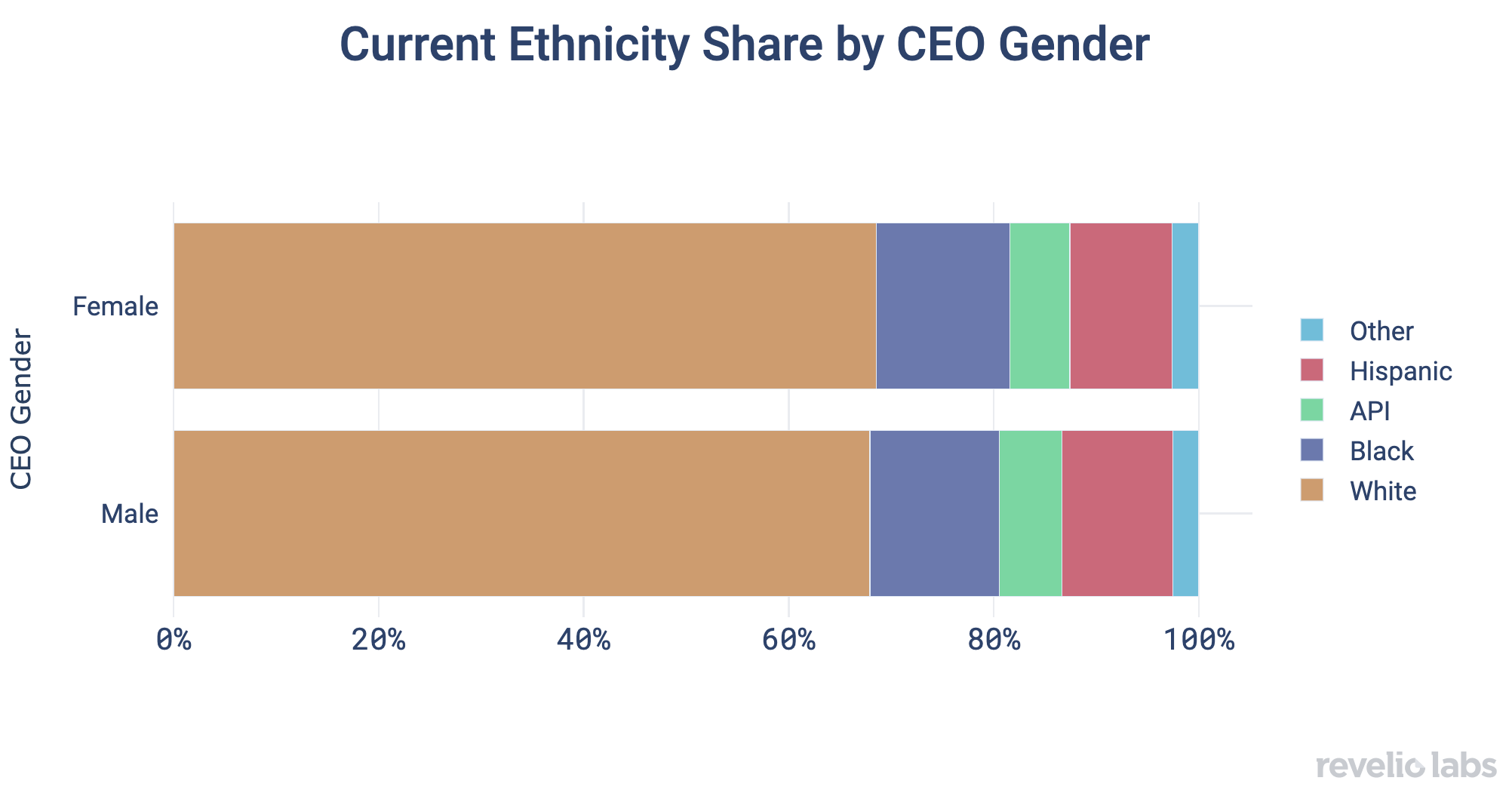 It is not possible to tell apart within the scope of this newsletter if there is a role model effect here or if women are just more likely to become CEOs at companies where there are more women. There are possibly industry and location effects: companies that are led by women might be within industries where more women are likely to work or located in more liberal leaning locations with more professional women.