By comparing job postings with new hires for the second half of 2021, we can see which roles have the biggest discrepancies between new hires and job openings. Below is their “hire to job posting” ratio: 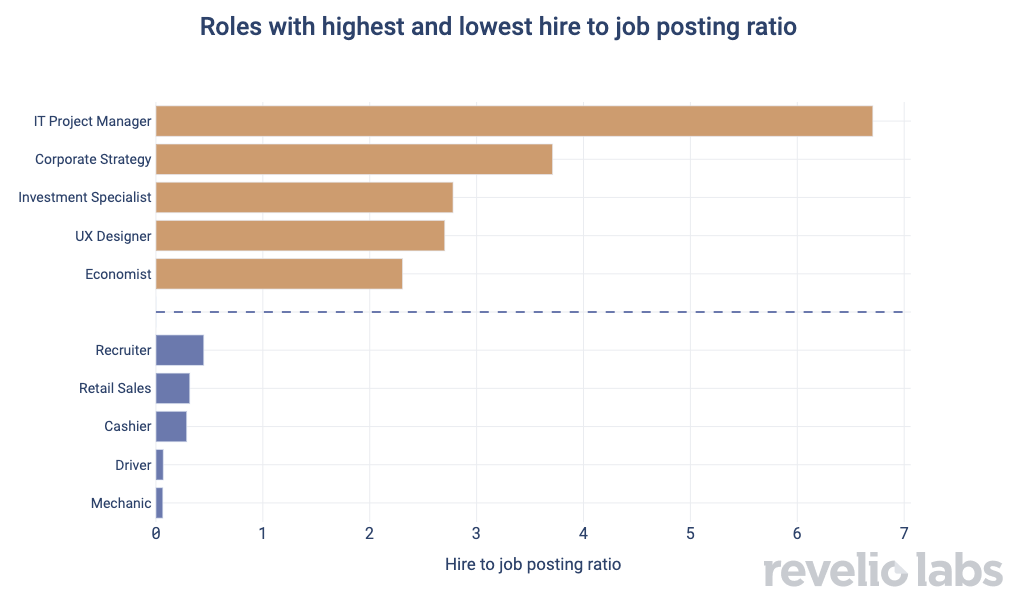 The graph suggests that for every IT Project Manager job posting, close to seven new positions are actually filled. These jobs are relatively rare to be posted online and individuals need to rely on word-of-mouth or connections to secure them. The bottom part of the graph, however, are the roles in which job postings far exceed observed new hires. The occupations in that list remind us of two phenomena in the labor market: (i) the recent astronomic demand for recruiters (that we wrote about here); and (ii) the low hires to vacancy ratios for drivers, mechanics, and cashiers, which are an indication of labor shortages for these roles.

While one may be tempted to think that this is a question of company size – in the sense that larger companies post one job, but actually hire many new workers for a role – we find that the opposite is true. 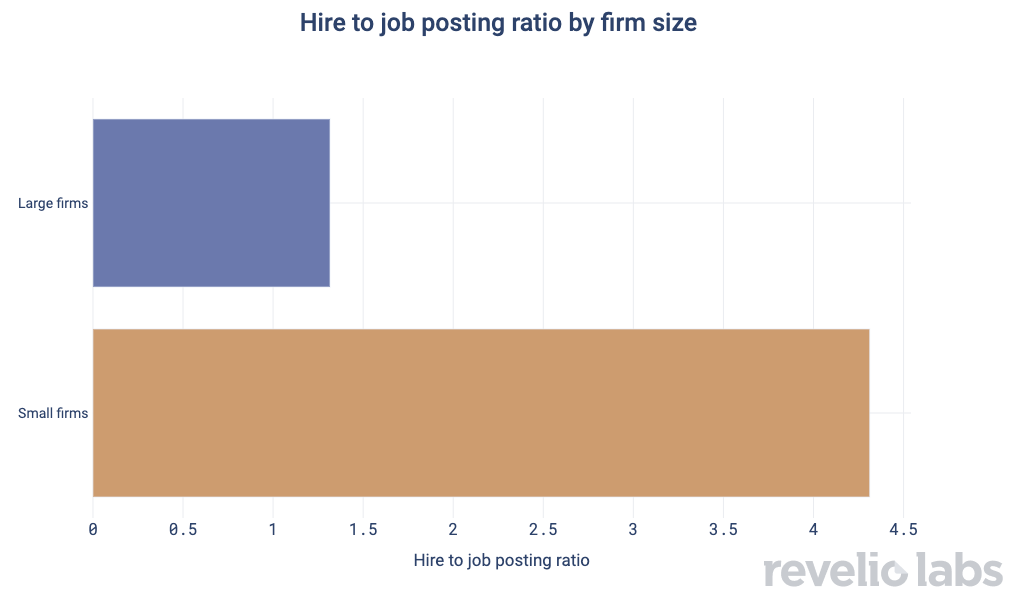 Larger companies’ “hire to job posting” ratio is closer to 1, while it is much higher for smaller companies. Arguably, this is related to the fact that larger firms need to plan ahead and maybe have more rigid budgets, while smaller firms may be more flexible in their hiring practices.

As a record number of Americans resigned from their jobs in 2021, we are proud to present our research in MIT Sloan Review’s "Toxic Culture Is Driving the Great Resignation". The article investigates the main drivers of employee attrition and actual strategies managers can employ to retain talent.

From labor shortages to the Great Resignation, it’s been a big year for workforce news. This year, we thought it would be fun for each of us to pick our favorite newsletters. Below are the top articles, selected by our editors, that we believe uncovered big shifts in workforce trends.

Macro
Most Recruited Position in 2021: Recruiters!

How many recruiters does it take to recruit a recruiter?

The bipartisan Infrastructure Investment and Jobs Act will invest about $2 billion on cybersecurity, but can the government actually compete with the high salaries of the finance industry for the most sought after talent?