Going into this year’s holiday shopping season, we face an uncertain economic climate. Consumer confidence in the US is at its lowest level since the Great Recession, with high inflation curbing holiday shoppers’ spending appetites. How has the retail sector been faring in this climate, particularly during the holidays?

Job postings in retail have dropped in September, October and November relative to their levels in the same months last year. The decline came after years of growth during these months – even during the pandemic. 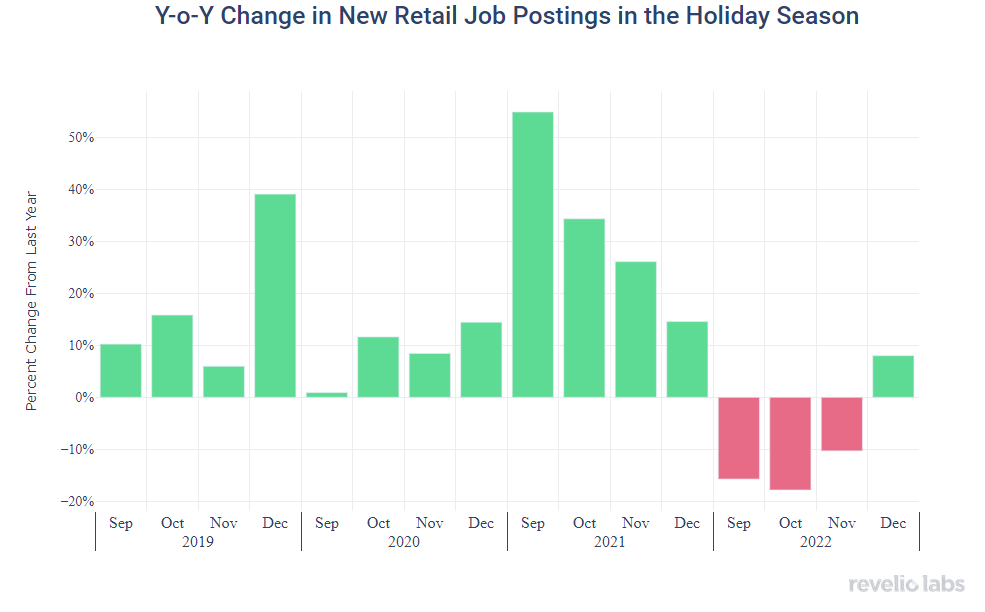 This does not bode well for retail sales for this holiday season: Retail companies tend to reduce their demand for workers when retail spending is expected to slow. As the plot below demonstrates, changes in retail hiring and consumer spending are highly correlated. 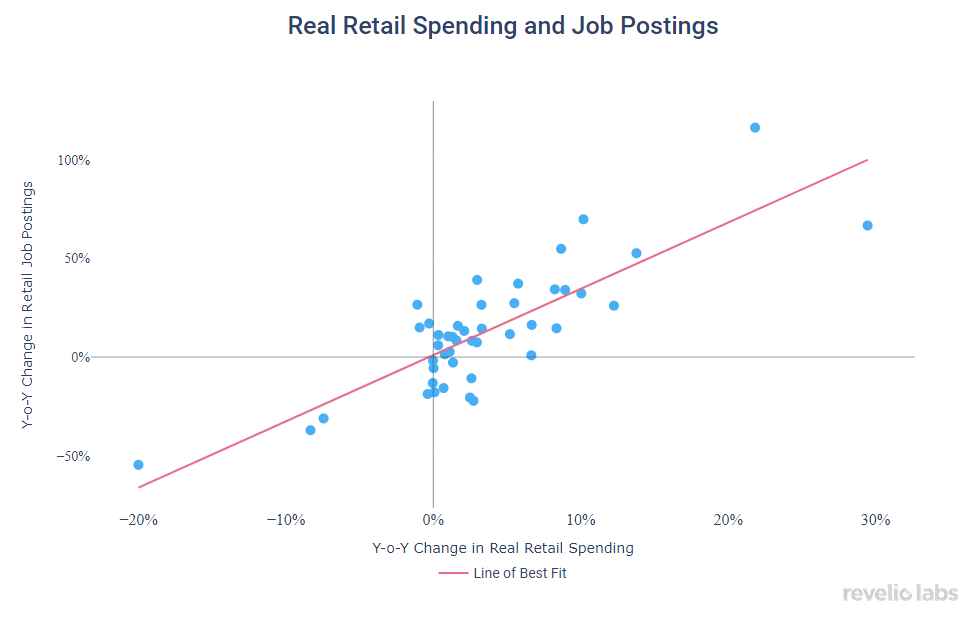 Online retailers, such as Amazon and eBay, have exhibited slowing demand for retail staff. On the other hand, major store retailers, such as Walmart, Macy’s, Nordstrom, Best Buy, and Target, have been looking for more staff leading up to the holiday season than they did in 2021. This trend corroborates reports that November retail spending from credit and debit card has grown faster for in-store retail than online retail in the past year. As pandemic restrictions have eased, consumers appear eager to return to stores when filling their Christmas shopping lists. 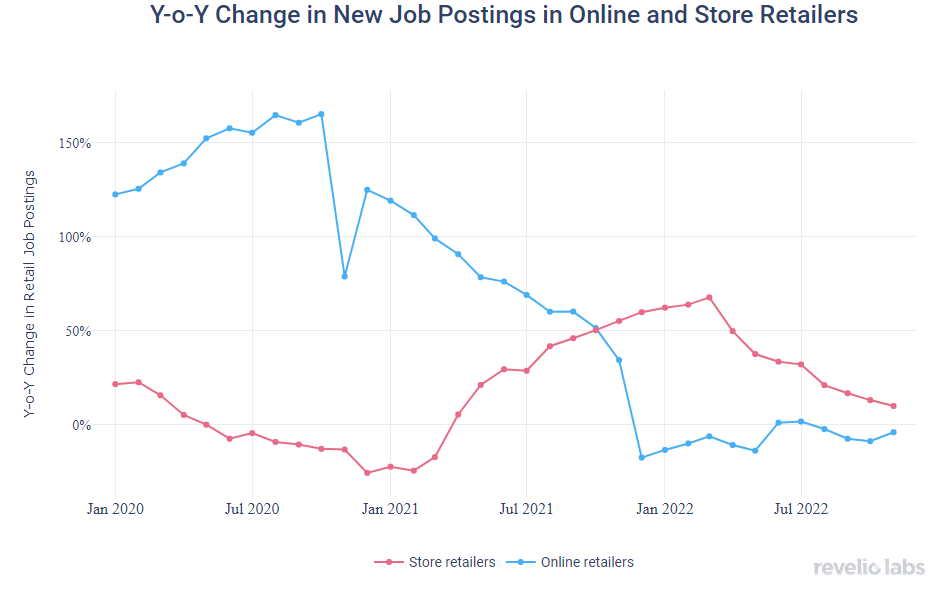 The decrease in retail job postings is prevalent in all major MSAs in the United States, with MSA’s in the west coast being significantly more affected that MSA’s in the East Coast and the Midwest. This is in line with the dying downtowns of many cities on the top of that list. Some small MSAs, however, have seen an increase in demand for retail workers. 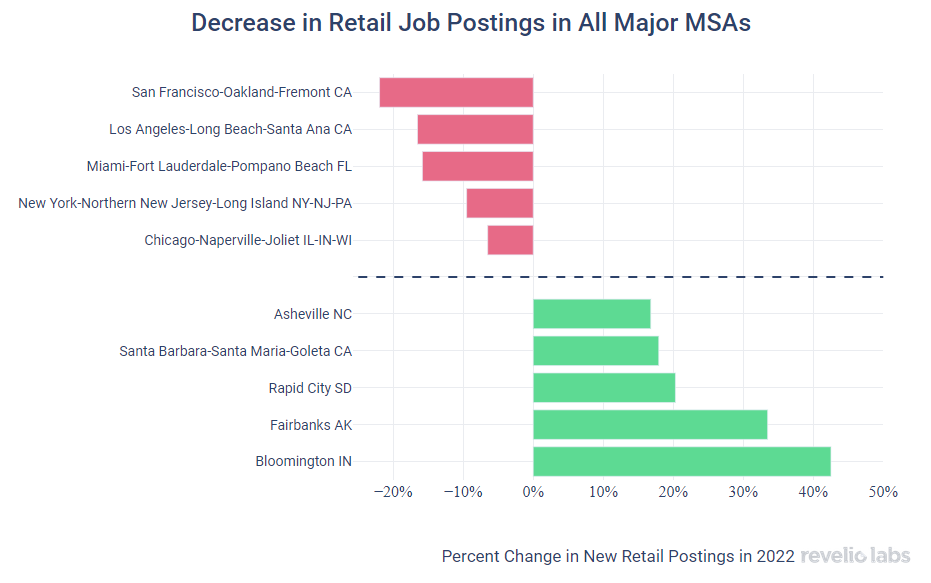