We assess the role that large state universities play in supplying the skills required in the local job market. 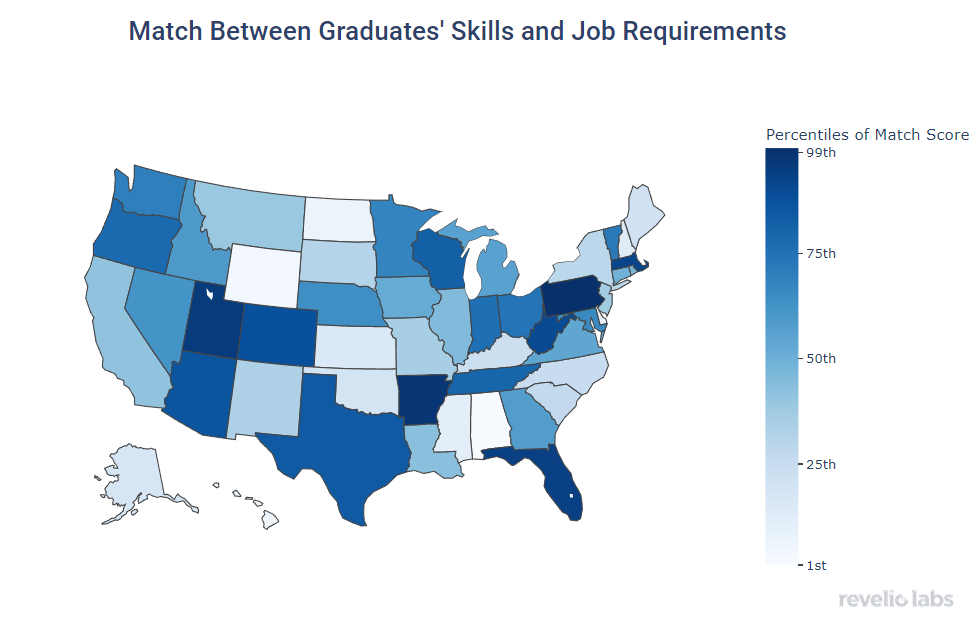 This mismatch between graduates’ skills and the skills demanded by employers plays a key role in shaping inter-state migration patterns. We find a positive relationship between state universities’ skill match scores and the fractions of their graduates who work in the state in which they got their degrees. However, there are some exceptions – states like West Virginia and Vermont have high skill match scores and high rates of inter-state migration, suggesting that state characteristics like size and availability of job opportunities may also play a key role in migration patterns. 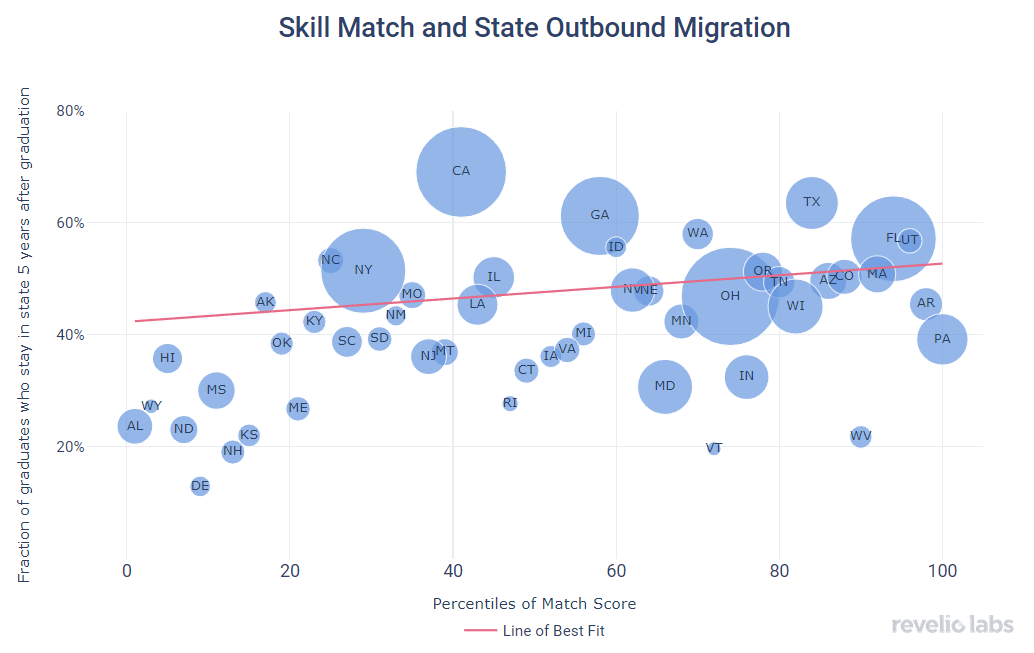