Give Me Your Tired, Your Hungry, Your Huddled PhDs

The United States has some of the best graduate programs and, unsurprisingly, attracts some of the brightest people around the world. But the US has a big problem – it loses 1 out of 3 students it attracts.

The United States has some of the best graduate programs and, unsurprisingly, attracts some of the brightest people around the world. But the US has a big problem – it loses 1 out of 3 students it attracts. With the news that the America COMPETES Act of 2022 passed in both the House and Senate, which includes exemptions for international PhDs with STEM degrees from annual green card limits, we decided this week to take a deep dive into the international enrollment in the US graduate programs and see where these coveted students continue their careers after graduation.

By looking at undergraduate degrees, we can see that the majority of international graduate students come from India and China, where university rankings are not as high as in the US. 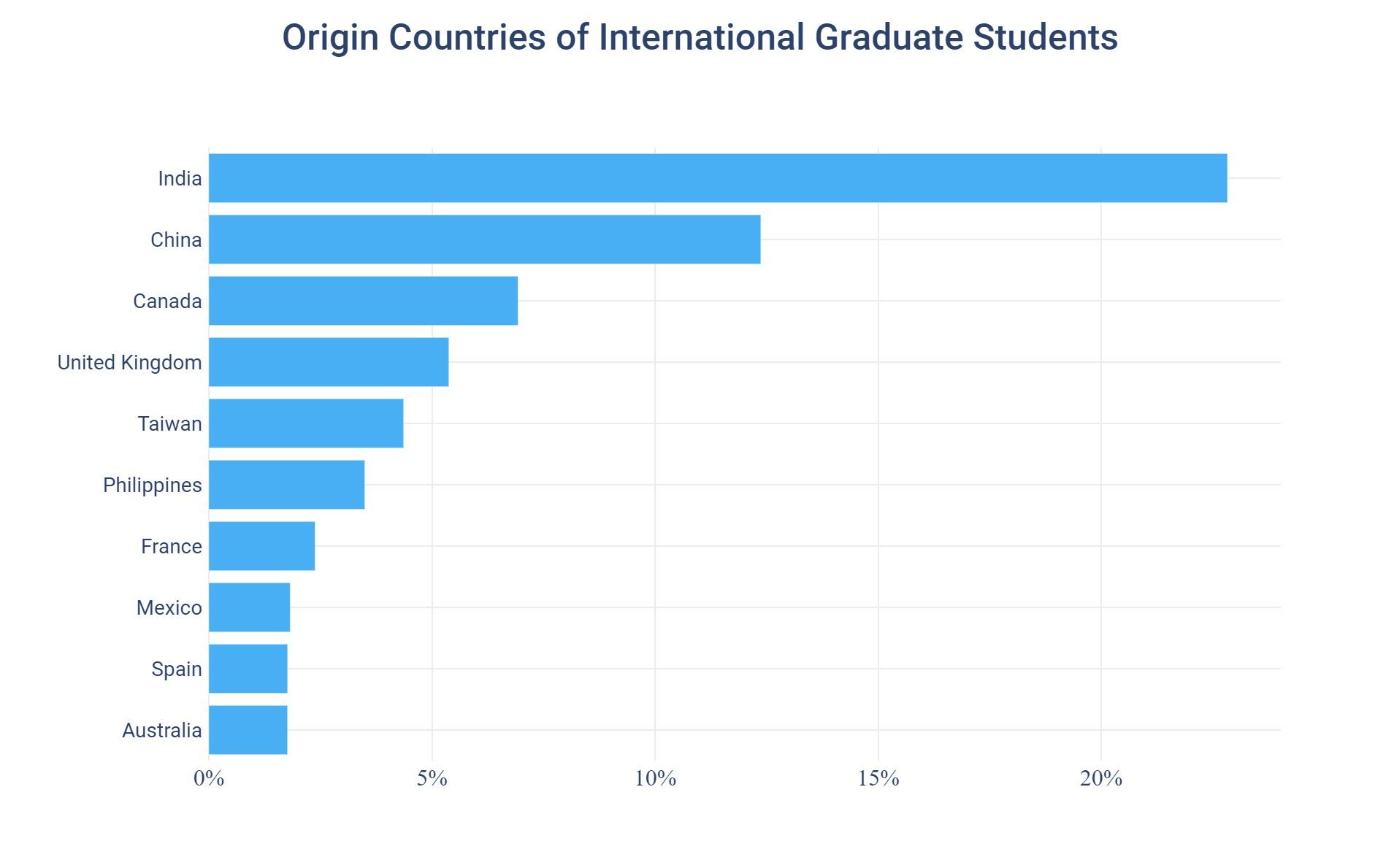 To be employed in the US long-term, these students must apply for H-1B visas. When the applicant pool exceeds the available quota, which it always does, a lottery is held to determine who gets to apply for a visa. This random nature of H-1B, coupled with concerns regarding job security, undermines an efficient job market for graduates.

When students cannot make it through the H-1B process, they are forced to either go back to their home countries or look for other countries where the visa process is not as exhausting. Indeed, nearly 1 in 3 international students leave the US upon graduation. 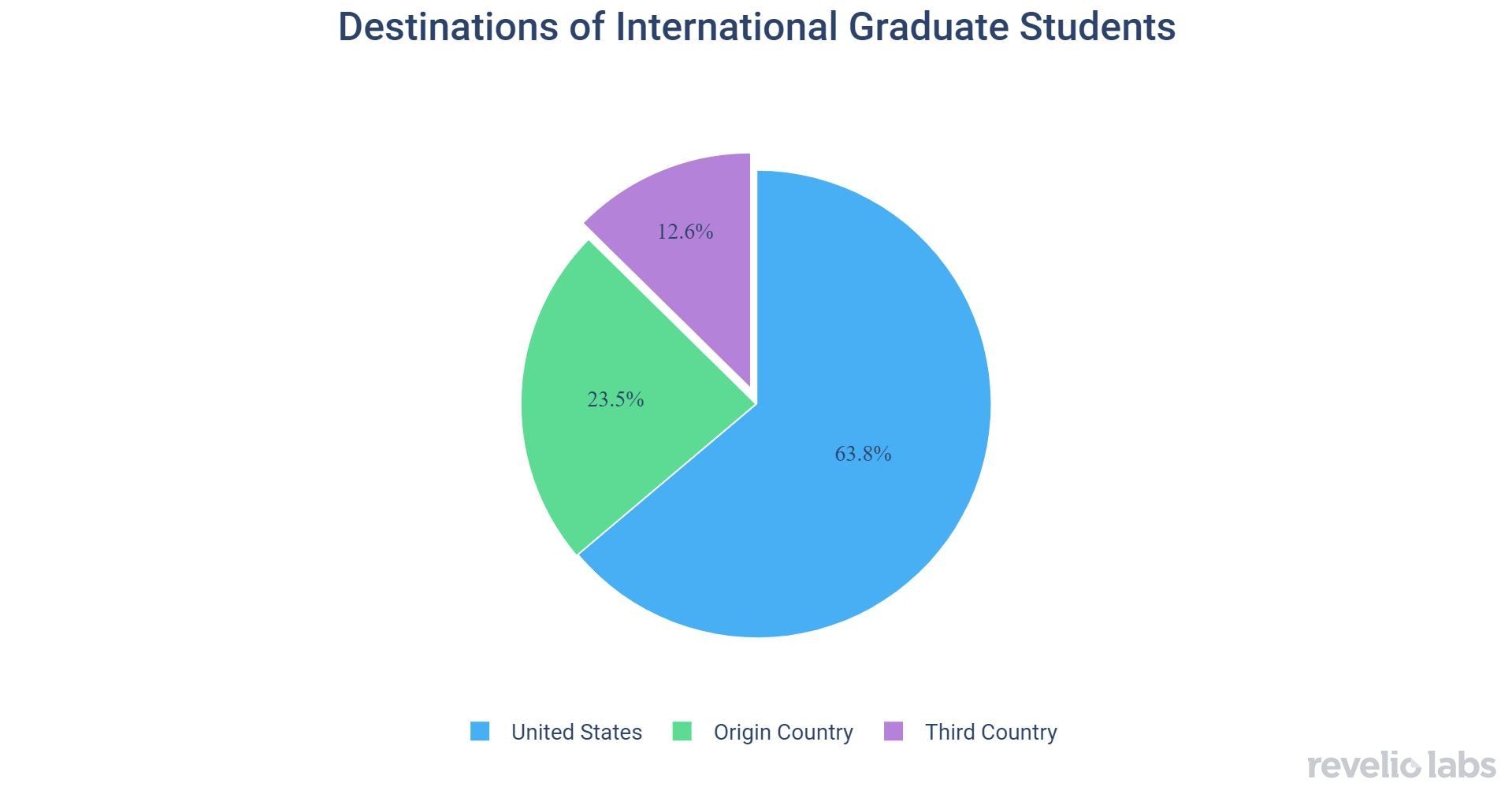 The quarter of students who return to their home country is not surprising since they have roots and lives in their source country. What’s more worrying is the 13% of students moving to third countries. Within the last decade alone, 9,000 international graduate students left the US for a third country. To put that into context, that’s roughly the number of employees at Spotify or Bain, companies that produce an enormous amount of economic value.

One way to think about this flow is that the US is gifting these high-caliber students to other countries after investing in them. The chart below shows the breakdown of top third country destinations for international graduate students. 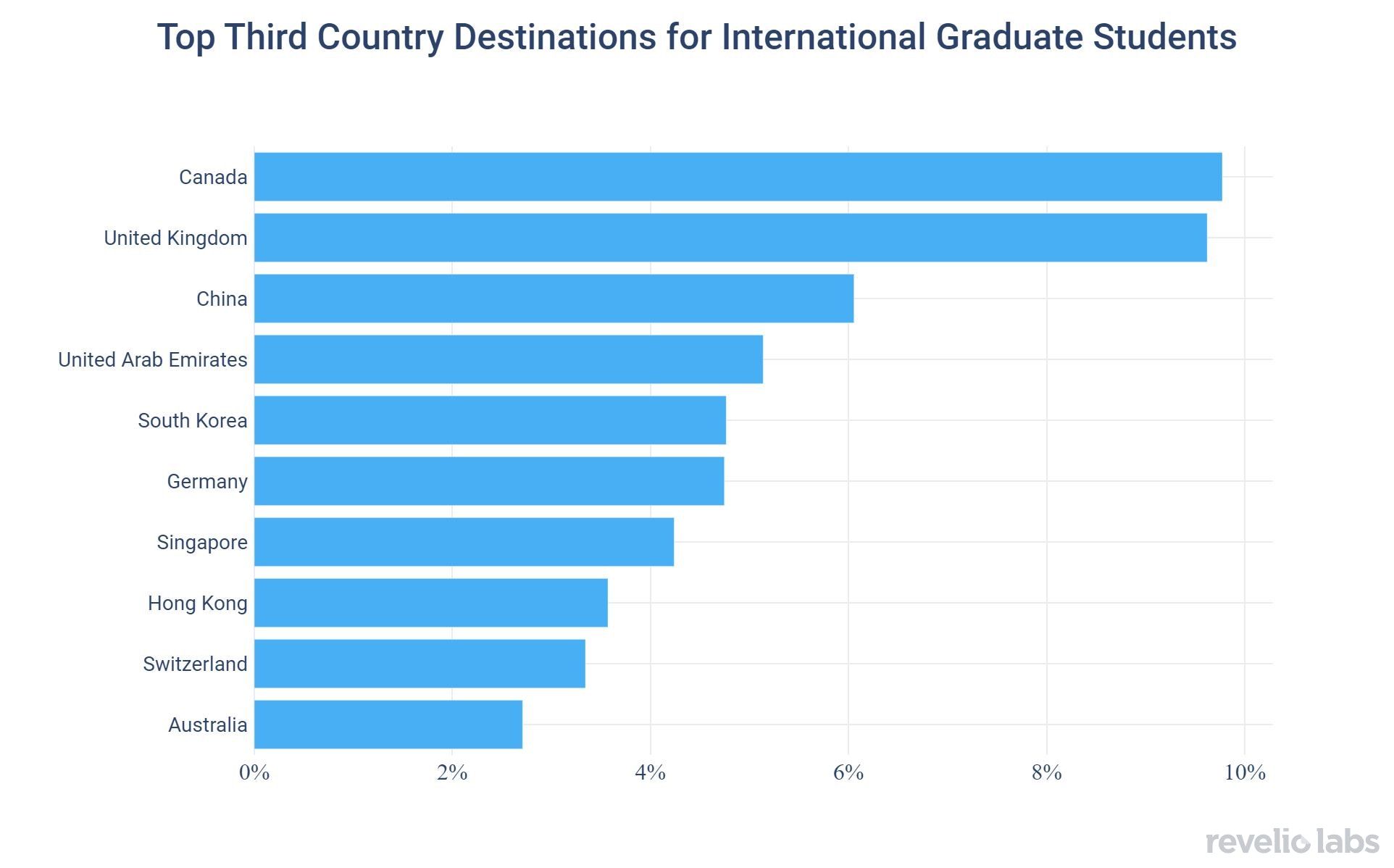 Canada leads the list of top third-country destinations. In fact, according to an article by Pia M. Orrenius and Madeline Zavodny, Canada boasts a more educated immigrant stream than the United States, primarily due to its points-based immigration policy that favors skilled workers. Second on the list is the UK, which has a specialized visa category for skilled workers. If the United States wants to hold onto the talent that it produces, it will need to rethink its immigration policy.