SPAC Special: Which Startup Will Be Acquired Next?

The term SPAC (or Special Purpose Acquisition Company) has made a splash in headlines over the past year. Considered by some to be a "blank check", the unique instrument is essentially a shell corporation designed to quickly take private companies public.

The term SPAC (or Special Purpose Acquisition Company) has made a splash in headlines over the past year. Considered by some to be a "blank check", the unique instrument is essentially a shell corporation designed to quickly take private companies public.

Working with Amass Insights, we’ve begun to track these positions (along with several others) among popular tech startups to better predict SPAC acquisitions.

We recently analyzed three companies upon which intense speculation has been focused over the past several months: Hims & Hers, Lucid Motors, and Stripe. Of the three, Hims & Hers remains the only company to have completed a merger - with Oaktree Acquisition Corp in January. Stripe reportedly has been in limited talks with Pershing Square Tontine since last autumn, while more recently Lucid Motors is rumored to be in talks with Oaktree Acquisition Corp.

Here, we show the counts for Investor Relations and SEC Reporting at the three companies: 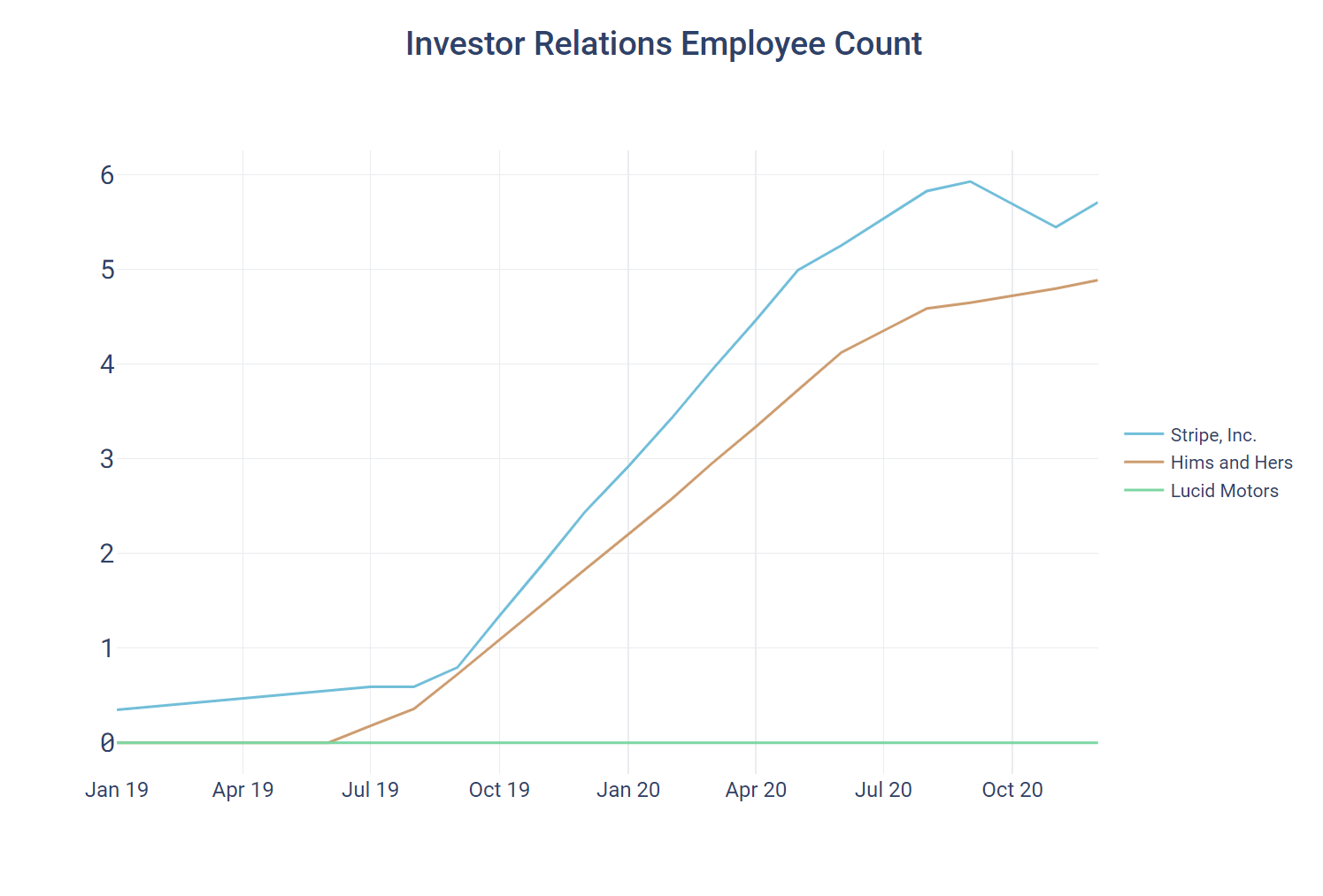 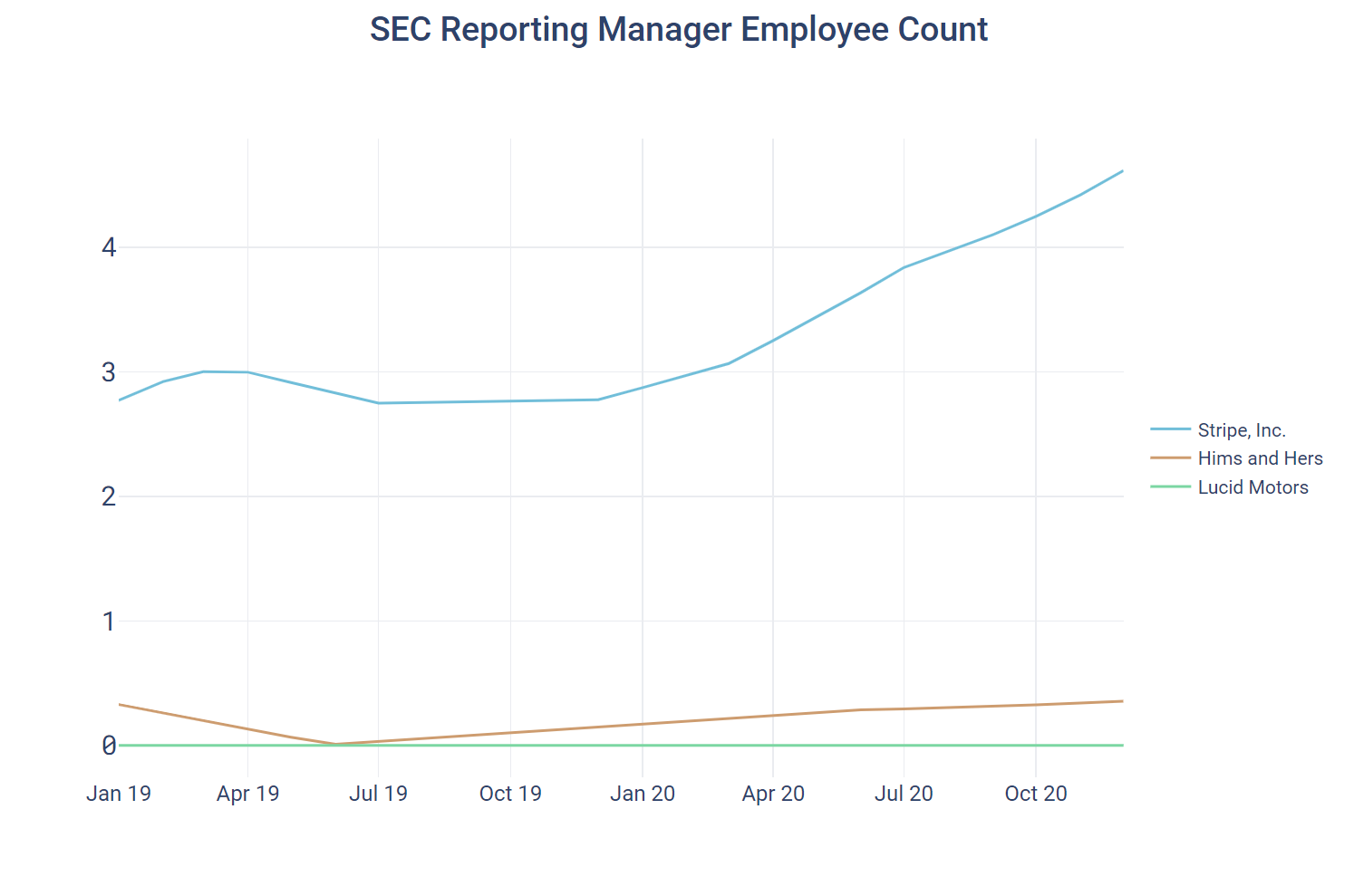 Even though Lucid Motors has not hired any new employees related to the SPAC merge, we see that they are postings relevant jobs in recent weeks: 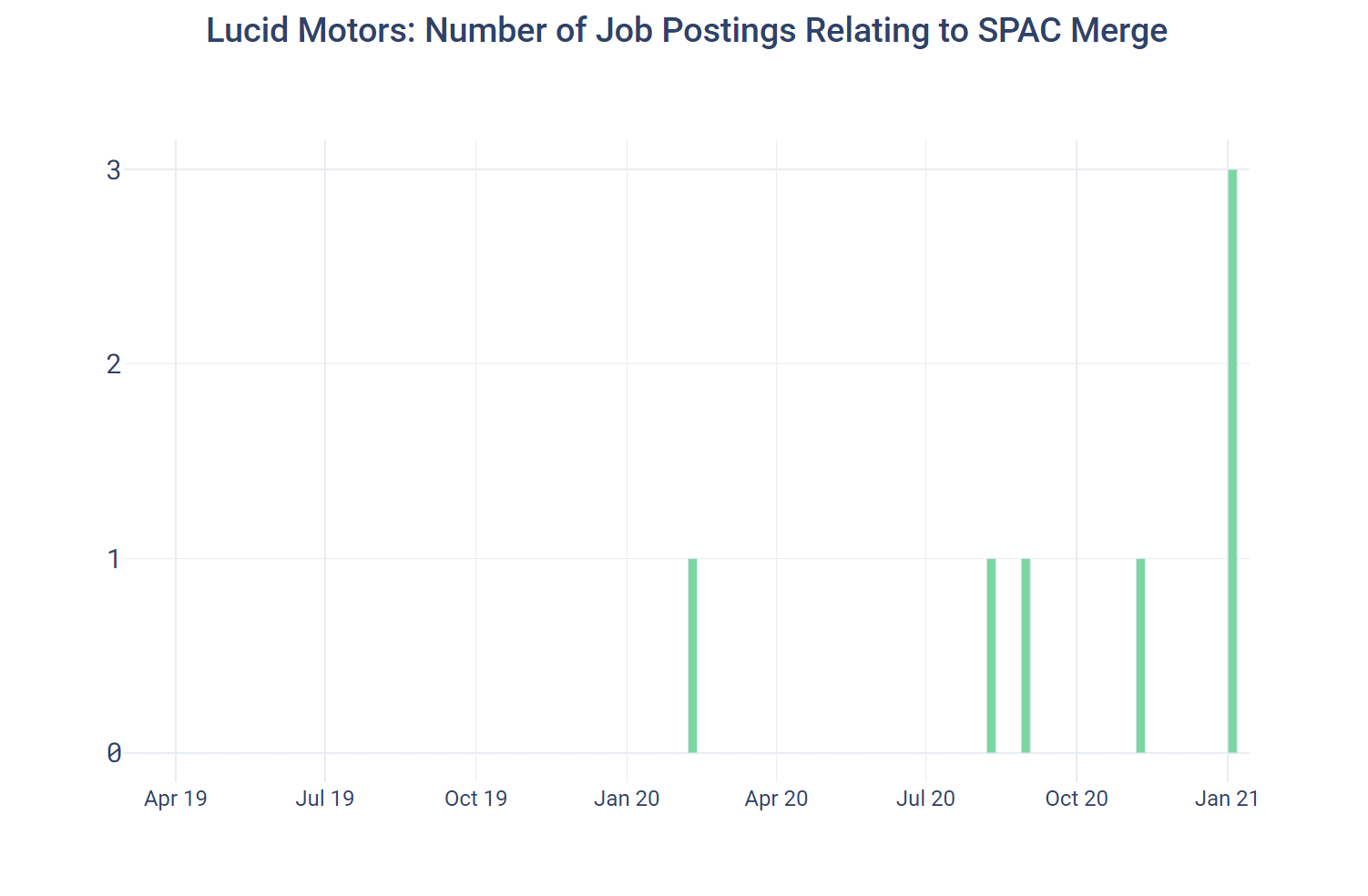 Business
Can Working at a Fast-Growing Startup Supercharge Your Career?

Business
Why Non-Competes are Damaging the Finance Sector

In our recent collaboration with Business Insider, we studied talent flows from quant hedge funds and prop trading firms to the tech industry. This week we focus on who exactly is hiring this technical talent during the hefty non-compete period. Who dies first in the talent war: the bull or the unicorn?

Macro
Why the Value of Credentials Rise When an Industry Declines

Following the conclusion of their studies, many fresh law graduates apply to state and federal clerkships with the hopes of serving directly under a judge in preparation for a lucrative career. But how do these prestigious appointments impact law graduates’ earnings?