The State’s Data Skills Aren’t State of the Art

Data-related jobs in the government still require legacy software skills, but few university graduates have them.

While job postings in the private sector are likely to require open source data analysis and visualization software skills, such as SQL, Python, and Tableau, less than 10% of government job postings require these skills. A large fraction of data related jobs in government entities still require legacy skills in SAS and Eviews, which are predominantly proprietary software. 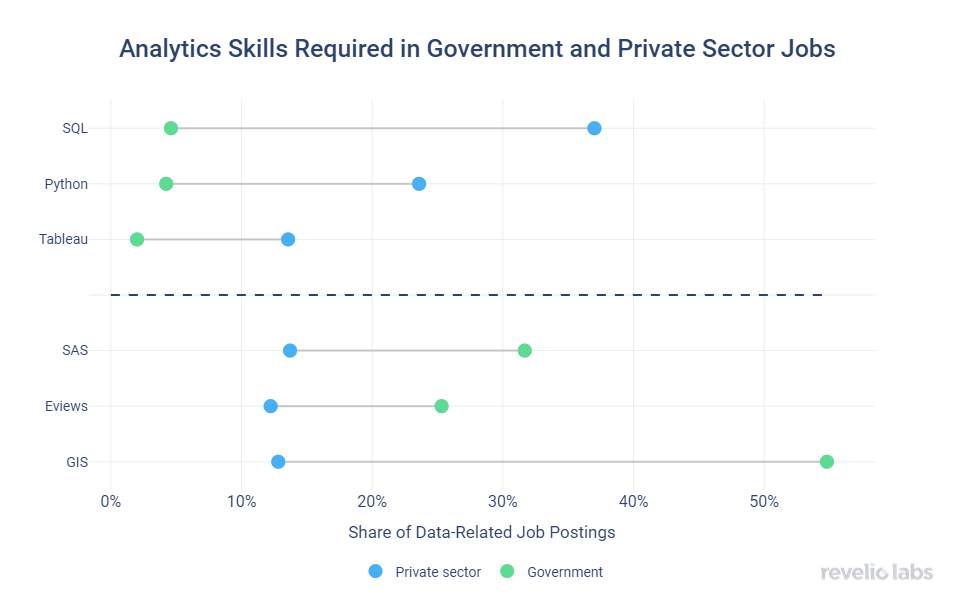 The next generation of data analysts does not appear ready to meet the government’s demands for legacy software skills. A sizable share of graduates with degrees in sciences, economics, and information technology report having proficiency in SQL and Python. However, very few recent graduates have skills in SAS and Eviews.

This may impair the government’s ability to find great talent for data analytics roles: Training new hires in legacy skills can be costly, and the quality of talent willing to work with legacy software, as opposed to their modern counterparts, may also differ greatly. 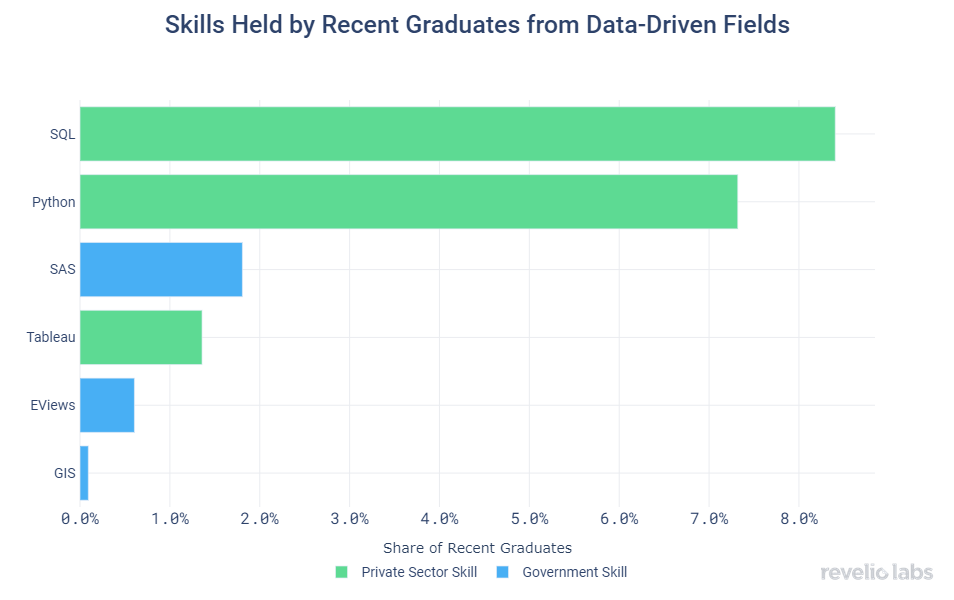 The negative sentiment around the software skill requirements in government jobs might contribute to the government losing talent in data analysis jobs. For instance, declining employee sentiment has been a key factor behind the loss of government talent in cybersecurity.