Move aside millennials, there is a new generation of Americans that will be blamed for everything that is wrong with the economy. As the great resignation is going full steam ahead, recent articles in Time, Bloomberg and the Wall Street Journal all focused on this younger generation of workers and the ways they are redefining work culture. So this week we decided to break down who contributes the most to the Great Resignation:  older folks who are looking for early retirement, or millennials and generation Z who are looking for higher wages and better working conditions? 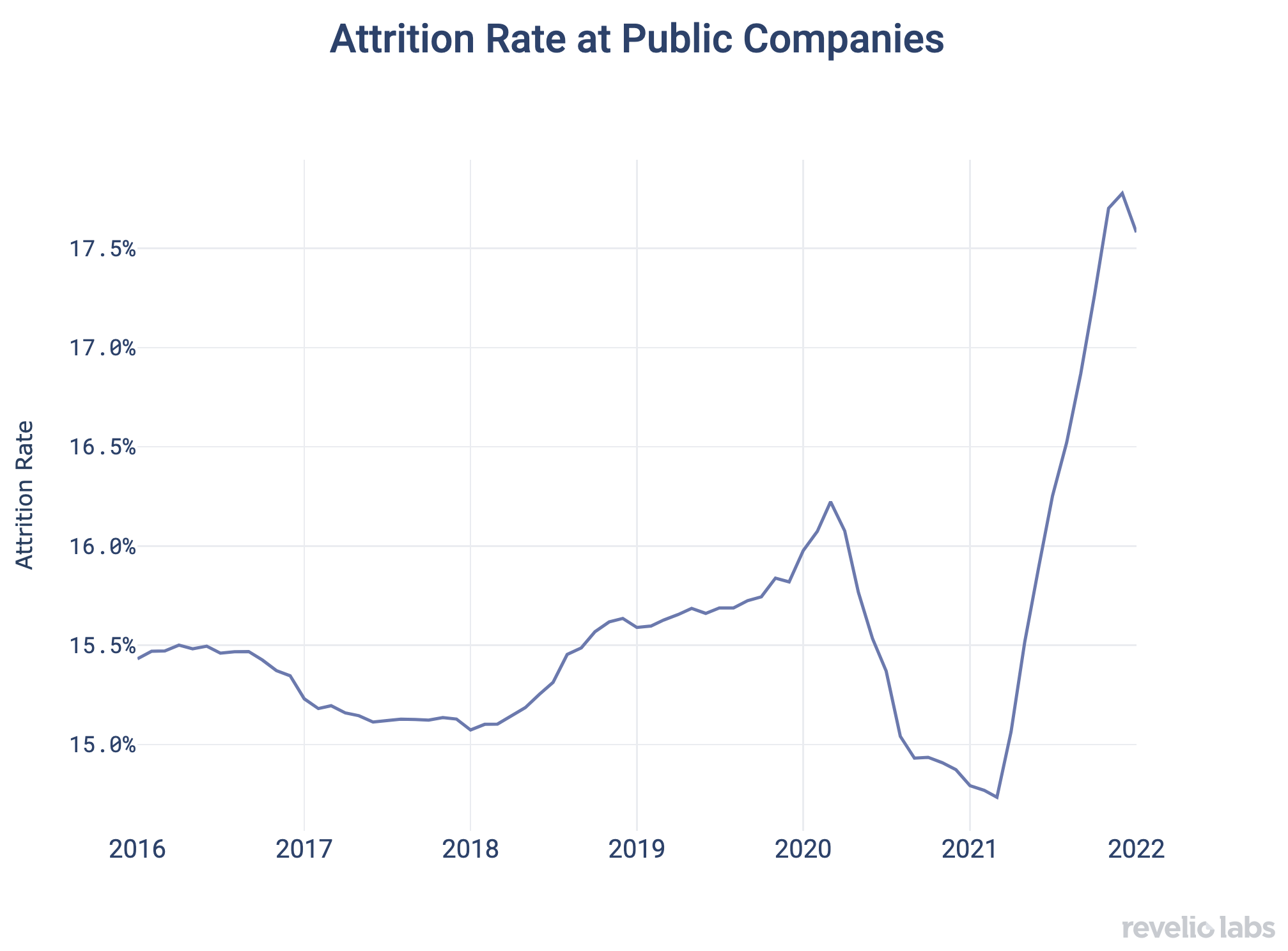 Tracking attrition rates at large public companies, we see a large spike in attrition rates. Doing the accounting of which birth cohort contributed the most for this era of Great Resignation, we see that shares of workers who changed a job in the last 6 months is the highest for the youngest workers. 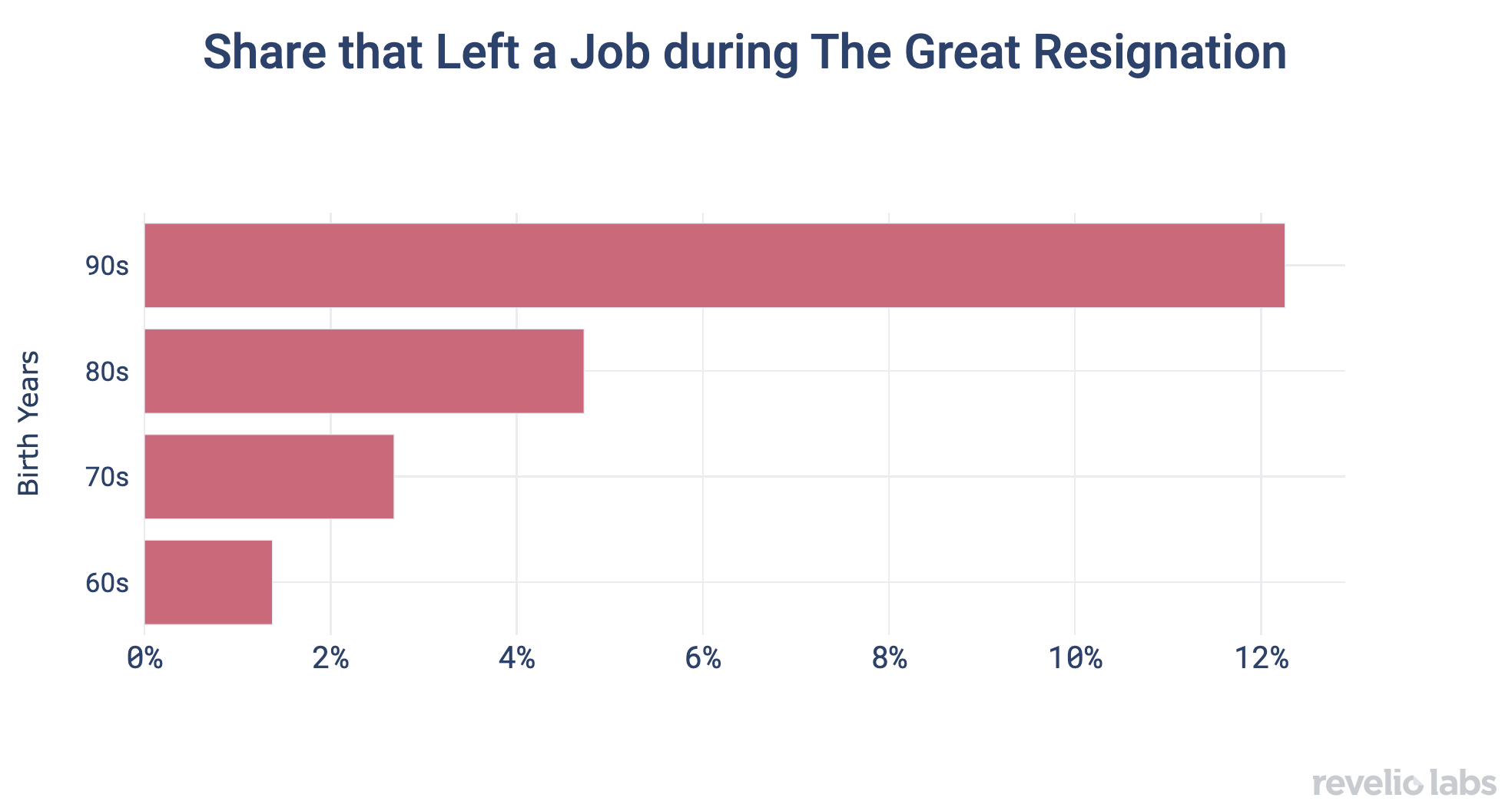 What does the distribution of outflows during the Great Resignation look like compared to the underlying workforce? As we track prevalence of each generation among current positions and recent outflows, we see that the Great Resignation is a younger workers’ phenomenon, Millennials and Gen Z overrepresented in resignations.

We can also see that the share of transitions by younger workers (aged 25-30) has risen compared to similar timeframes 5 and 10 years ago.