Do Companies Devolve to a Monoculture?

There has been a great deal of attention brought to racial and gender inequities in the United States. And investors are now beginning to support companies that are trying to diversify their workforce.

There has been a great deal of attention brought to racial and gender inequities in the United States. And investors are now beginning to support companies that are trying to diversify their workforce.

But even if these companies change their hiring behavior, is the tenure of the new diverse workforce consistent with the greater company’s? After hiring minority talent, a company could, seemingly, still converge towards a demographic monoculture. Not only would this be a vicious cycle, but also potentially hinder diversity of thought and productivity.

As such, the tenure of minorities in the workplace is one of the primary drivers to understanding this question. To begin, below are the average tenure of men and women at US companies, at both majority-male and majority-female companies. 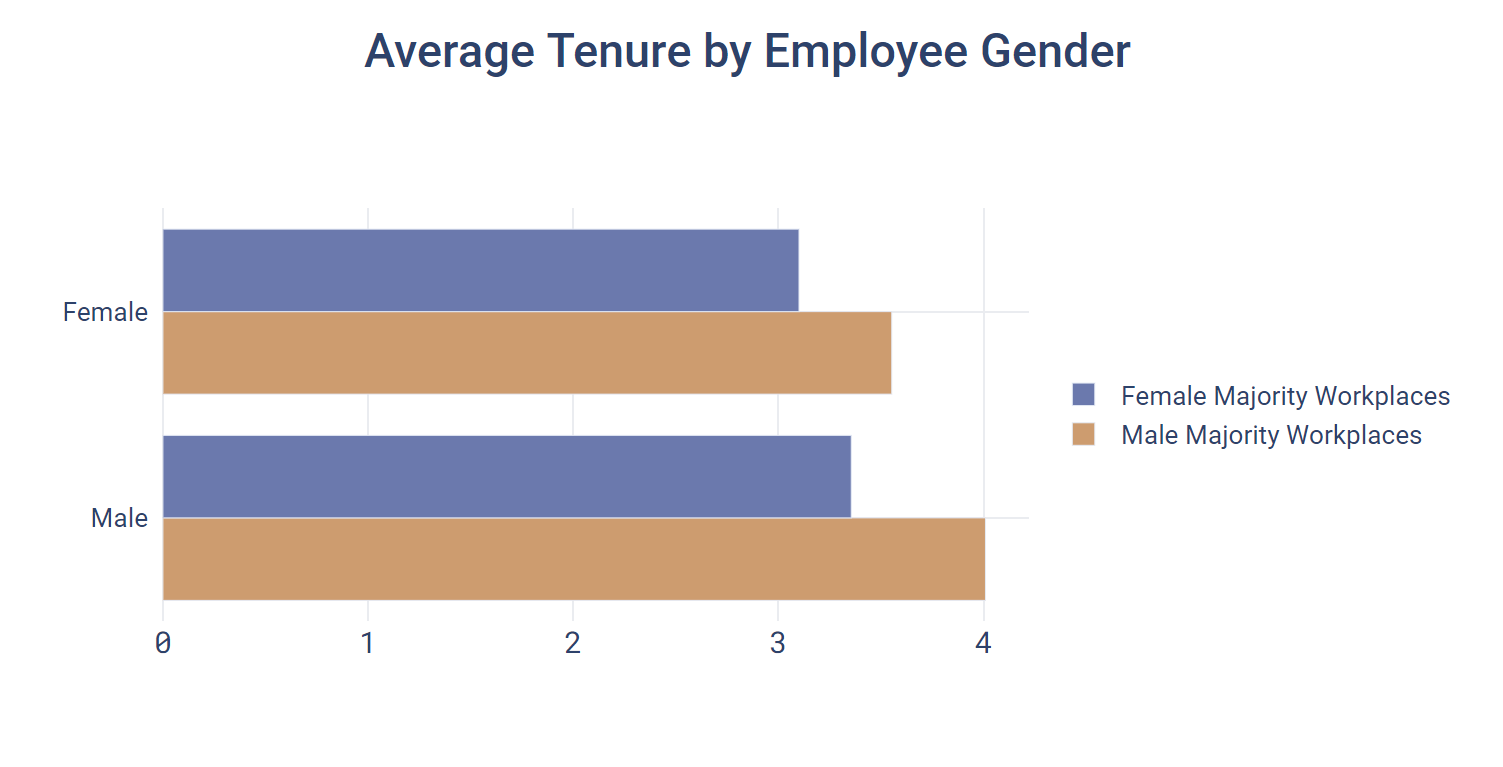 Further, below is the average tenure of each racial group, compared to companies where each group is the majority: 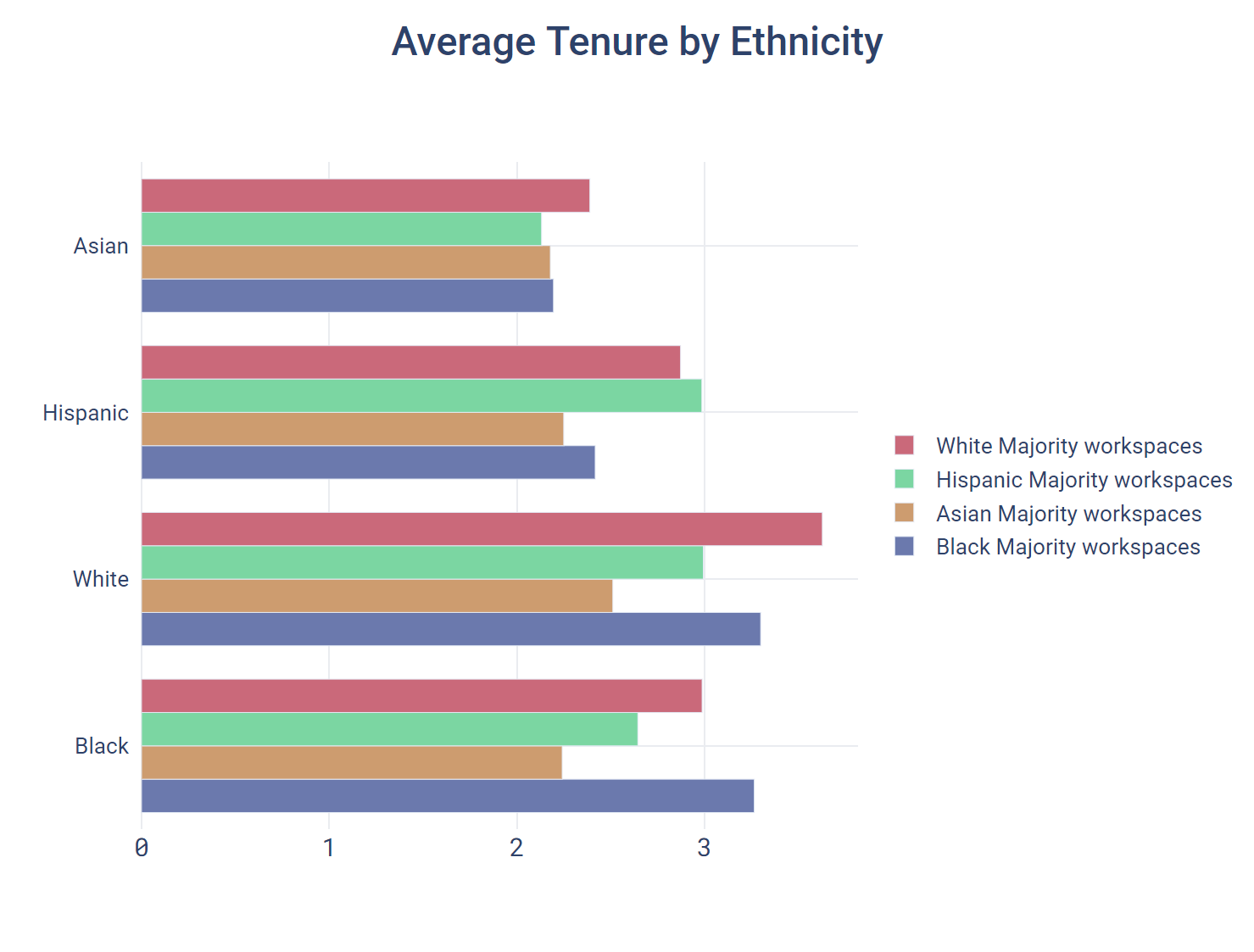 It generally appears that people work for longer if their identities match the majority. Notably, however, white people appear to have as long a tenure as the majority group in all groups.

Given the interaction of racial and gender identities, we should also explore whether being a minority in both axes has a confounding effect. In the heatmap below, we break down the data by combinations of both race and gender. 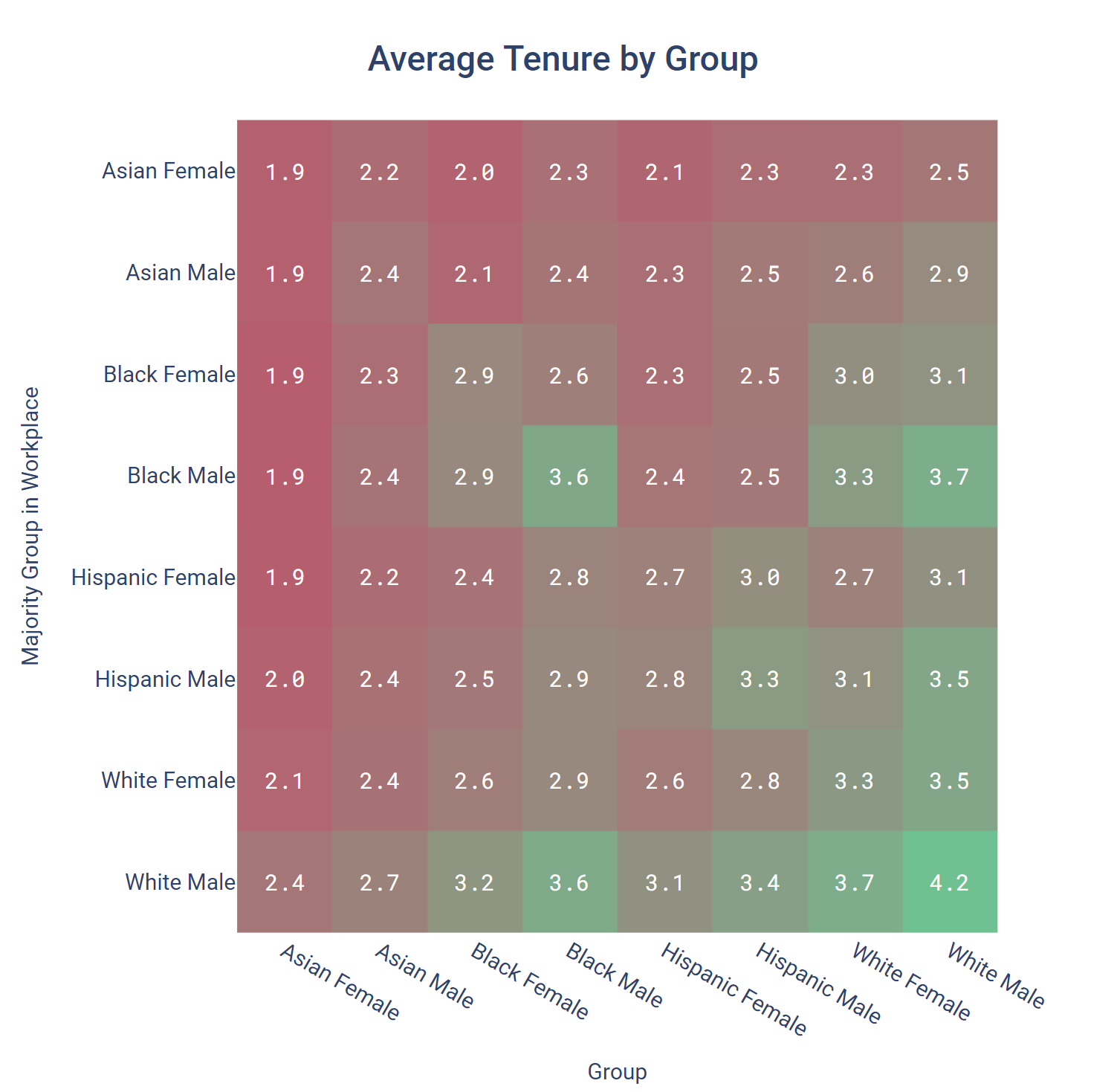