As 2022 comes to a close, this week we’re revisiting the biggest workforce trends of the year. Here is a collection of our most powerful insights.

The labor market was strong throughout 2022, but towards the end of the year, layoffs became a major concern especially with high-profile companies such as Amazon, Meta, and Twitter announcing large-scale layoffs. Using individual-level data, we have identified which roles are most at risk of being laid off.

According to our analysis, recruiters seem to be disproportionately affected by layoffs compared to other professions. This is not surprising, as a company experiencing financial difficulties is likely to prioritize cost-cutting measures, such as reducing its workforce, over hiring new employees. On the other hand, our data suggests that project managers are the least likely to be laid off in such circumstances. However, not all hope is lost for laid-off employees. Our data suggests that since March 2022, over 70% of laid-off workers have been able to find a job within the first three months of unemployment. 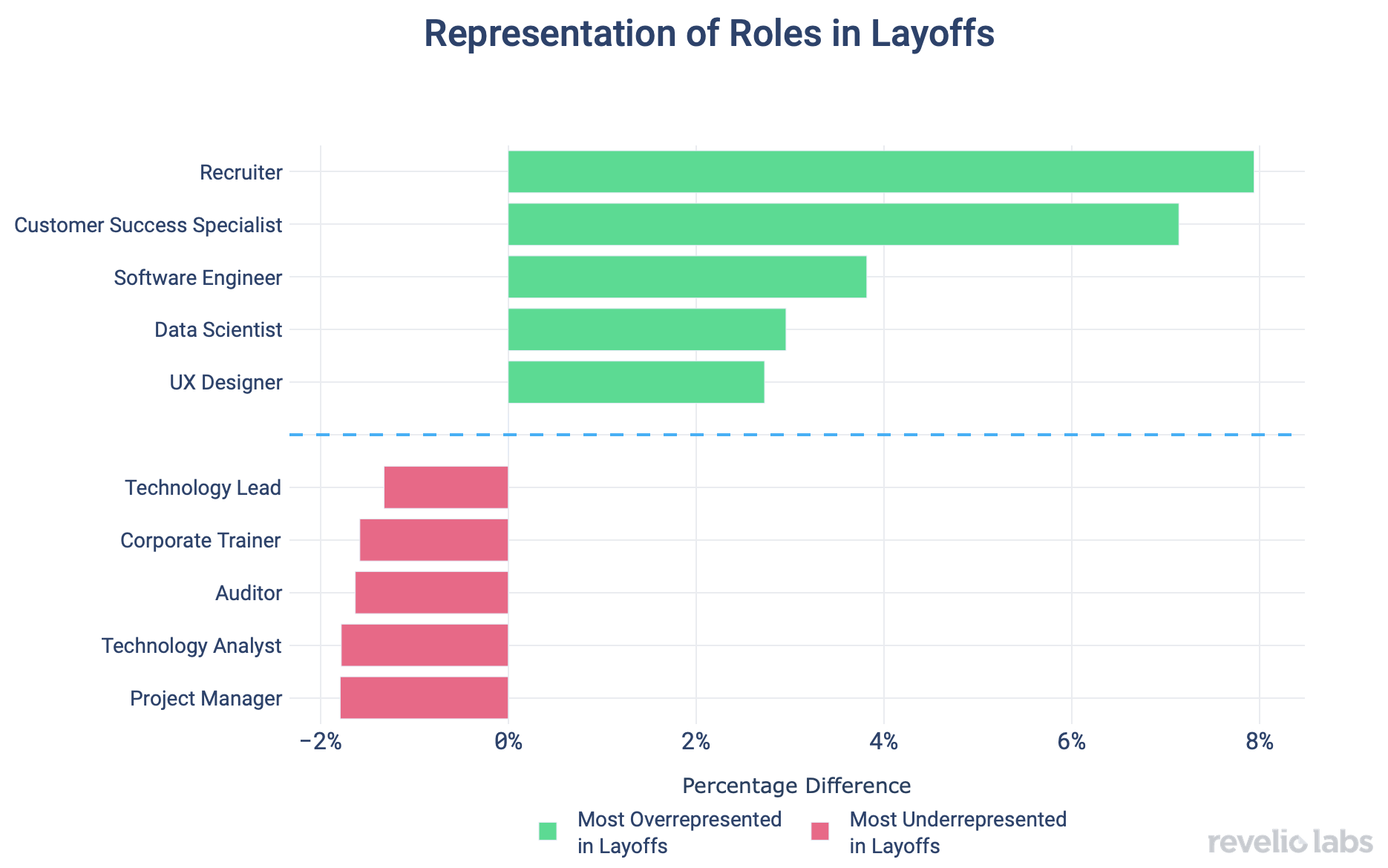 2022 was also the year of pay transparency. Prominently, New York City adopted its new pay transparency law on November 1st this year, following Colorado and a handful of other cities. Early next year, California and Washington will follow suit in adopting pay transparency laws requiring all job postings to include a salary range.

We looked at what happened in both Colorado and New York City. Our findings show that compliance with pay transparency typically jumps up to 60% of job postings after the laws get implemented. More importantly, and despite anecdotal evidence to the contrary, we see that on average pay ranges aren’t too wide and are indeed informative. 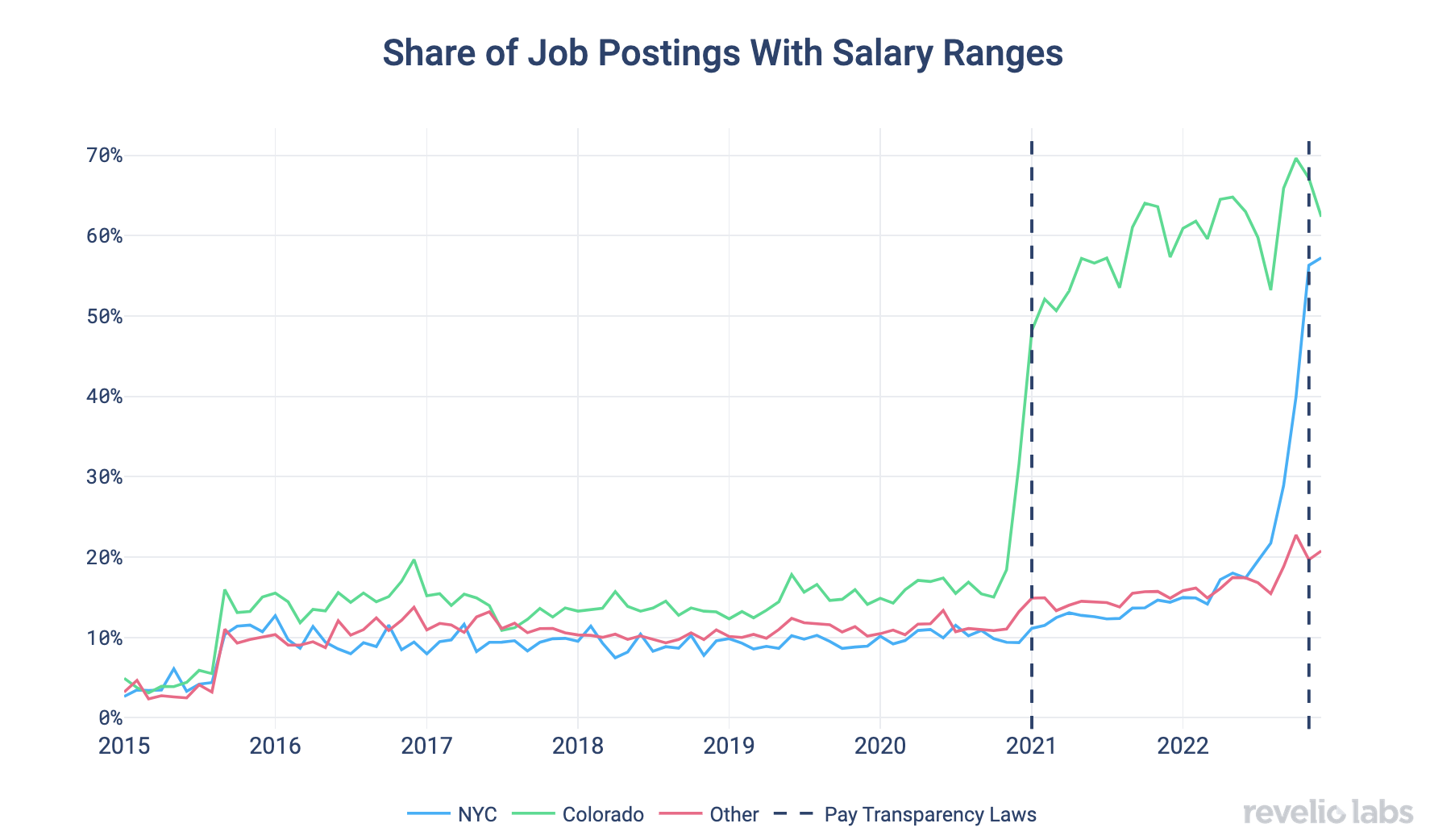 As a record number of Americans resigned from their jobs through 2021 and 2022, our research was featured in MIT Sloan Review’s Toxic Culture Is Driving the Great Resignation, co-written by Donald Sull and Charles Sull, and Revelio Labs CEO Ben Zweig. This paper investigated the main drivers of employee attrition and actual strategies managers can employ to retain talent.

The paper found that toxic corporate culture is by far the best predictor of employee attrition. It is over 10 times as important as compensation, and far ahead even of job security, and failure to recognize performance.

Our results were featured in a number of publications, including The New York Times. 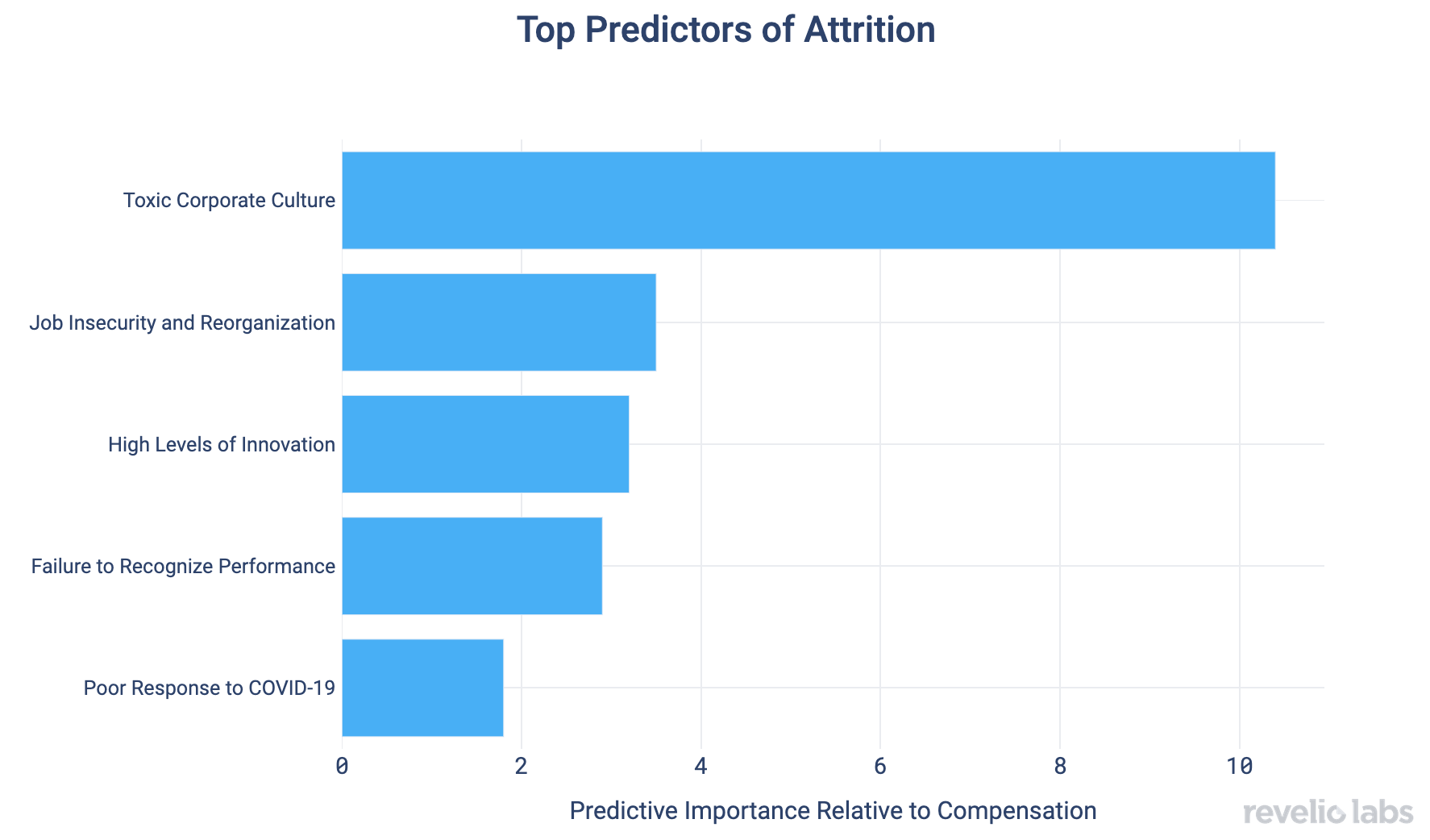